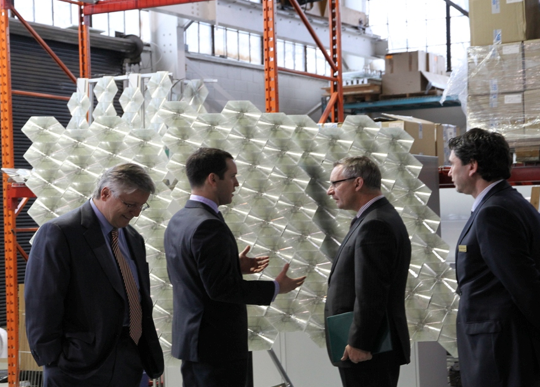 Big dreams are pretty much a given for any entrepreneur but even against the backdrop of Canada’s thriving start up industry, Morgan Solar’s ambitions seem pretty lofty.  The company’s president, a man by the name of John Paul Morgan, says the company’s goal is economical, competitively priced solar power that doesn’t rely on government subsidies (subsidized solar power isn’t a safe long-term bet, according to Morgan). What’s more, the company expects to be earning billions within the decade.

Morgan Solar plans to do it using its own technology developed by its president, a UofT engineering graduate specializing in optics. According to Invest Canada, Morgan’s lens system catches incoming light and directs this concentrated form of light to a high-efficiency solar cell. The result is a 25 percent efficiency rate that dwarfs the current industry standard of 14 percent.

The technology employed by Morgan Solar was enough to catch the attention of Asif Ansari, former CEO of Los Angeles-based eSolar, as he assumed the role of CEO of Morgan Solar in October 2010.

“Morgan Solar has done something I wasn’t sure was possible – they have cracked the code for CPV (concentrated solar PV) optics, substantially lowering its costs to where it can now deliver a value proposition significantly better than PV (photovoltaics),” Ansari said in a statement when he took the job.

“Morgan was able to see the problem in a whole new way, starting with inventing a new optical concentrator to replace conventional Fresnel lens architectures. The potential of this technology is massive.”

Of course, a business like this can’t run without some serious financial backing and it seems all is well for Morgan Solar on that front, too. In November 2011, the company closed B Round investments that included a $10 million ($9.8 million USD) investment from Enbridge, a North American leader in oil and natural gas delivery, as well as investments from Spain’s Iberdrola and Nypro that pushed the company’s private investments to $38 million USD. A round of  Series A funding attracted $8.2 million in 2010.

Invest Canada says Morgan Solar initially intends to focus on big companies with a major energy stake but eventually wants to move to the consumer market and put solar panels on your roof. Watch this space.