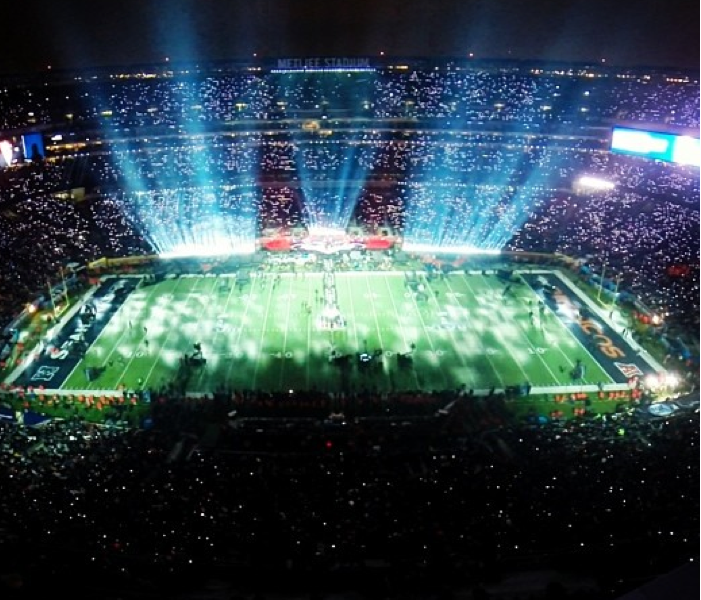 Now that the winner of Super Bowl XLVIII has been crowned (congratulations Seattle) it’s time to focus on the magical experience that Montreal’s PixMob help create.

During Super Bowl Halftime show — which apart from the ads is one of the reasons people tune in — Bruno Mars was onstage and the Metlife Stadium lit up the sky. Five hundred people were on the field and 80,000 fans in the stands and PixMob used each and everyone of them to make the “first ever human video canvas” and themed after “Ancient Art of Fire Rituals.”

This was an in-depth process that required handing out custom hats with LED lights for people in the stands, while the field performers held PixMob LED panels. PixMob’s ‘VIDEO’ technology uses infrared to send instructions wirelessly to pixels worn by participants, thus creating a human light show. It’s estimated that the Super Bowl Halftime shows was seen by 125 million around the world — that’s called great exposure for your product.

Vincent Leclerc, PixMob Creative Director, said, “The 2014 Super Bowl Halftime show was such as amazing feeling. It encapsulated perfectly what PixMob is all about – creating living, breathing works of art by connecting crowds and reinventing fire rituals.”