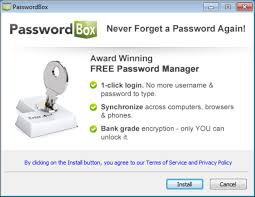 PasswordBox calls itself the only password manager with a social twist, providing a web and mobile platform that securely stores passwords to nearly every website a user need to sign into.

At the Mobile App Showdown, the team demonstrated best practices for the protection of users’ digital life and the management of their online accounts, as well as secure password sharing, digital death management (Legacy Locker) and instant login features. Obviously it all went over quite well with the judging panel.

“PasswordBox is honored to be recognized as an innovator and technology leader in the app space,” said COO Magaly Charbonneau. “This is an exciting achievement for us as we enter 2014, and we will have more mobile innovation to share in the weeks to come.”

Director of product marketing & communication Maeghan Smulders said the judging criteria was based on what the best app judges felt would stick around, make a big difference and change the way people use their phone and interact in life. “I think Password box really hits a lot of those clear objectives with online identity and password management because a lot of those things are major priorities, especially in 2014. We gave a very clear selling proposition and they got it.”

On the team’s pitch, Smulders said it was a classic case of everything going wrong leading up to the presentation, but once they went on stage it went perfect.

Competing against the Canadian startup were some fairly large companies, like Lowes and Glasses.com, and even some smaller startups with just a prototype. “To be able to be a part of that elite group and two, to win the competition, it’s a massive achievement for the team,” said Smulders.

The company said it will be making another announcement at Mobile World Congress in Barcelona, Spain involving new patent-pending technology. Regarding this, Smulders said the technology will “blow people away.”

Since 2011, Startupfest has been attracting over 2,000 founders, investors, and analysts to Montreal to learn from tech leaders and connect with like-minded entrepreneurs….