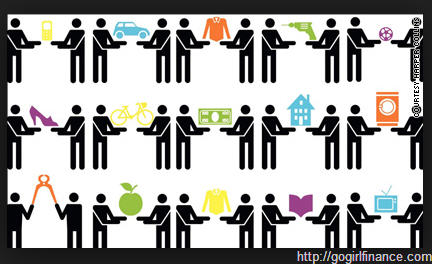 Montreal-based startup Outpost Travel said in a release this morning that it is “officially the biggest aggregator in the peer-to-peer travel industry.”

Websites like Airbnb, Kangaride and craigslist allow people to offer rooms, rides and other assets directly to each other, reducing transaction costs. Outpost Travel scours this “sharing economy” over the web, finding the best and most reliable deals. Mija called it “the Kayak of the sharing economy.”

The news comes after a good summer for cofounders Ovi Mija and Hamed Al-Khabaz, both under the age of 22. But their story actually dates back to last winter, when Al-Khabaz was expelled from Montreal-based CEGEP, Dawson College. Then, Al-Khabaz and Mija discovered “sloppy coding” in the college’s Omnivox software that contained students’ information. Skytech, who developed Omnivox, accused him of a “cyberattack,” and the college expelled him for a “serious professional conduct issue.” The issue was quickly reported by the Financial Post, picked up by nearly every other media outlet and resulted in a media firestorm that largely portrayed Dawson College as laughingstock for rewarding computational brilliance with a heavy-handed and contextually ignorant punishment.

Al-Khabaz was never reinstated, but rather he went on his way and created a startup company in Outpost Travel with Mija. The pair first showed off their prototype at a student startup networking event put on by Montreal’s The Founder Project, a student-run venture capital fund. It was at that point that I covered the launch of Outpost Travel here.

Things quickly got even better for the pair when notable super angel Dave McClure sent them $500 to buy a new laptop at this past summers International Startup Festival in Montreal’s Old Port district. Apparently Al-Khabaz was pitching the startup at an event within the festival and his laptop refused to cooperate, shutting down several times. The outgoing McClure sent them the money later that night, with the message “HERE’S $500, GO BUY A NEW LAPTOP NOW.”

Since that time the pair of cofounders have engaged in talks with different VC firms and angel investors and are likely extremely close to announcing seed funding. Along the way, the announcement that they’ve made only builds on their momentum. “Outpost now features over 550,000 accommodations listings, and tens of thousands of ride shares across the planet, coming from 21 providers,” wrote Mija. “And it’s growing substantially with the plans of adding another 10 providers within the next month.”

Along with the announcement the startup has also revealed new front-end and back-end designs, and it has hired a new CTO as well as a new lead designer. Finally, it is currently hiring for a few positions, particularly a front-end developer.

Photo of Mija and Al-Khabaz from The Financial Post