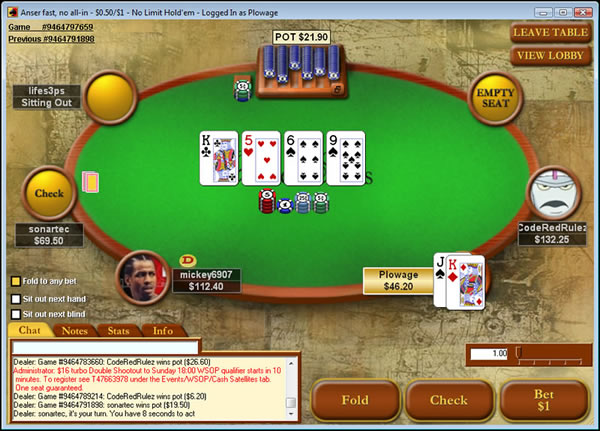 Montreal-based gaming site conglomerate, Amaya Gaming, has agreed to acquire Oldford Group, which owns the Rational Group Ltd., which owns and operates PokerStars and Full Tilt Poker. The deal is worth $4.9 billion, and is all-cash.

“This is a transformative acquisition for Amaya, strengthening our core B2B operations with a consumer online powerhouse that creates a scalable global platform for growth,” said David Baazov, CEO of Amaya.  “Mark Scheinbergpioneered the online poker industry, building a remarkable business and earning the trust of millions of poker players by delivering the industry’s best game experiences, customer service and online security.”

Last year the combined revenue of the two former rivals was $1.3 billion, while For 2014, the corporation is projecting an adjusted EBITDA, assuming the Transaction had been completed as of January 1, 2014, of between $600 and $640 million. EBITDA is Earnings Before Interest, Taxes, Depreciation and Amortization.

Canadian Business reported that the Montreal company offers gaming products and services including casino, poker, sportsbook, platform, lotteries and slot machines. Amaya says some of the world’s largest gaming operators and casinos are powered by its services.

The Rational Group is also a producer of live poker events and poker programming for television and online audiences. It employs more than 1,700 people globally and is headquartered in the Isle of Man.

“I am incredibly proud of the business Isai and I have built over the last 14 years, creating the world’s biggest poker company and a leader in the iGaming space,” said Rational Group Founder and CEO Mark Scheinberg. “Our achievements and this transaction are an affirmation of the hard work, expertise and dedication of our staff, which I am confident will continue to drive the company’s success. The values and integrity which have shaped this company are deeply ingrained in its DNA.”

Amaya believes the Transaction will expedite the entry of PokerStars and Full Tilt Poker into regulated markets in which Amaya already holds a footprint, particularly the U.S.A.

In recent years, Amaya has experienced rapid growth, partly through strategic acquisitions that have strengthened its core offering of B2B technology-based gaming solutions.

PokerStars set a Guinness World Record in June 2013 when 225,000 players competed in a single online poker tournament. Together with Full Tilt Poker, Rational Group holds a majority of the global market share in real money online poker and is a leader in almost every regulated market in which it operates. Rational Group holds online poker licenses in 10 jurisdictions- more than any other gaming company – including the major European markets of France,Italy and Spain. Rational Group is also the world’s largest producer of live poker events and poker programming for television and online audiences.