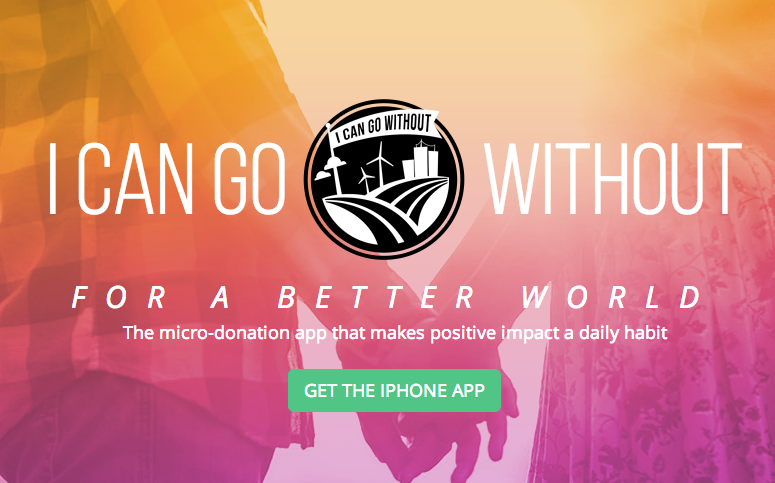 The headliners may be a few years past their prime, but Montreal startup I Can Go Without (ICGW) has enlisted the services of some pretty well known Canadian bands and musicians for an upcoming benefit concert at Toronto’s Sony Centre. It’s all being put on to help fight hunger in Canada.

I Can Go Without is a mobile app that allows people to make micro-donations, “making positive impact a daily habit.” Last year the app helped contribute 600,000 healthy breakfasts to 4,400 children. Every day it helps 24 different communities.

Today the company has announced a new partnership with the ONEXONE Foundation and its First Nations Schools Program. As ICGW said in a release, “food insecurity is a major problem in North America, and one-third of children in the Northern territories do not receive enough nutrition. By partnering with food producers and logistic companies across North America we are able to offer a schoolchild breakfast for just a $1 donation.”

As part of all of this, ICGW is now the official mobile and online donations solution for the Million  Meals  Movement  campaign. “Our goal is to have over a million meals donated,” said ICGW CEO Paul Rowland.

The Million Meals movements is an initiative spearheaded by ONEXONE, where local volunteers, youth, corporate partners and like-minded individuals will join the fight against hunger. Proceeds from the benefit concert will go towards the ONEXONE and Simple Plan Foundations, and the goal is to eventually pack one million meals for children in need across North America. Sodexo Canada will provide the meals, to be packed and distributed throughout Toronto and Montreal.

“This is about changing mindsets and behaviours and that’s what out app focuses on,” said Rowland. “We would love it if people’s weekly behaviour was ‘what did I give back this week?’ because that actually has an impact and that’s what we’re doing with our app. We give people a unique opportunity to go without something, in order to help someone else.”

The benefit concert will feature Simple Plan, Kardinal Offishall, Magic! and Alyssa Reid, and it’ll go down on Friday May 23. Tickets can be purchased on TicketMaster here.

Last time I spoke with the startup, Rowland made it clear that they’re not a non-profit, but unlike several large, well-known charities that give up just a small proportion of the money they receive, ICGW gives a nice chunk. Last year CNN reported that just 2.5 percent of the $127.8 million raised by Kids Wish Network went towards aid. ICGW contributes 100 percent of its donations to select, vetted charities.

Five​ Atlantic Canada tech startups have been selected to each receive a $25,000 investment from Volta Cohort, a micro-fund co-founded by Volta, BDC Capital,…