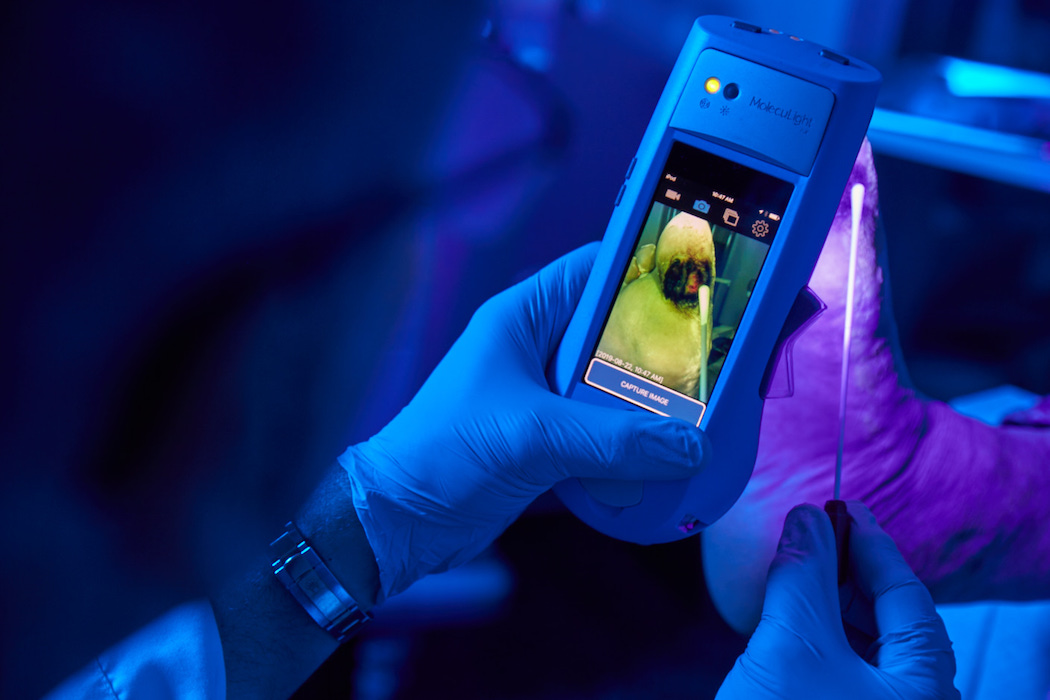 Toronto-based healthtech startup MolecuLite has received clearance from the US Food and Drug Administration (FDA) for its handheld device used for detecting infected wounds through fluorescence imaging, called i:X. The approval means the startup can now market and sell its device in the United States for its intended purpose.

This clearance will assist in the adoption of the device in the US.

Founded in 2013, MolecuLight specializes in imaging technologies for health applications. MolecuLight received approval to sell the i:X device in Canada in 2015, about a year after it raised a $4 million seed round. It is also cleared for use in the European Union.

The type of clearance MolecuLight received from the FDA is called a 510(k) clearance, which is a premarket submission made to FDA to demonstrate that the device is at least as safe and effective as a legally marketed device. MolecuLight’s device was approved following a clinic trial involving 350 patients that the company said demonstrated a three-fold increase in both sensitivity and diagnostic odds ratio in the number of wounds detected as containing bacteria.

The device was originally submitted to the FDA for approval through a de novo process in August 2018. Devices that are classified through the de novo process may be marketed and used as predicates for future 510(k) submissions. The 2018 clearance allowed the device to be used to capture and measure wounds, but this new clearance means the device can be used to spot infected wounds.

The MolecuLite team at a conference held by the European Wound Management Association (Source: Twitter)

MolecuLite chief marketing officer Rob Sandler told BetaKit that although the system was commercially available in the US since March 2019 under MolecuLight’s previous de novo FDA approval, its new, expanded clearance better describes the full utility of the system. He added that this clearance will assist in the adoption of the device across the US.

“There is no comparable device available that provides this insight to wound care practitioners and we believe the new 510(k) label expansion will enable us to more clearly describe this utility,” Sandler told BetaKit. “The MolecuLight i:X is becoming an indispensable tool to support their wound care practices and [will] help enable [customers] to modify treatment to improve patient outcomes.”