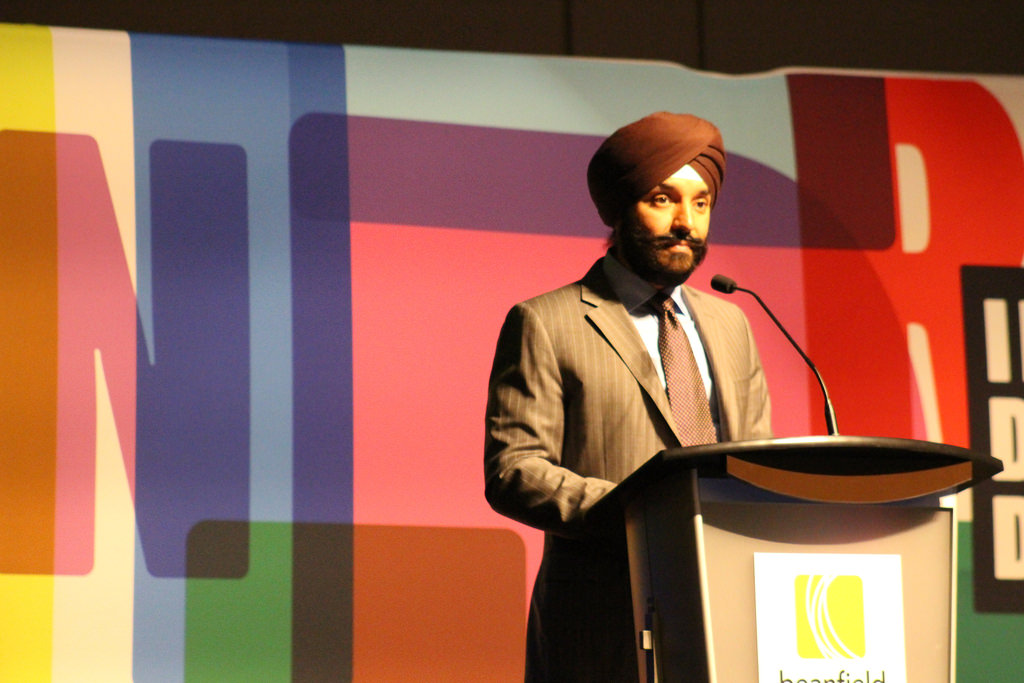 “Innovation cannot happen at the expense of privacy, and data and personal security. In fact, the opposite is true.”

Prime Minister Justin Trudeau originally announced that his government had developed the charter on Thursday while in Paris attending an international summit bringing together global tech leaders. The prime minister said at the time that he is confident the framework of the charter will restore the faith of citizens at the same time as holding online platforms accountable, according to CTV.

Bains fully unveiled the charter, making the announcement at The Empire Club of Canada on Tuesday, noting that 90 percent of the world’s data has been generated over the past couple years, pointing to the fact that five of the top six most valuable publicly listed companies deal in data.

“Innovation cannot happen at the expense of privacy, and data and personal security,” Bains said. “In fact, the opposite is true. As it pertains to data and digital, only by building a strong foundation of trust, will we be able to reach our full innovative potential.”

The charter includes ten principles, “based on Canadian values, against which all government policies, programs, and legislation will be tested.”

Bains stated that through the charter the government hopes to “build a foundation of trust for our digital and data-driven economy and society.”

The ten Digital Charter policies include:

Along with the policies Bains also announced that he wrote a letter to the Competition Bureau looking to ensure that it has the tools necessary to promote competition at the same time as creating a healthy environment for small and medium-size enterprises. The federal government will also review the Statistics Act alongside the Canadian Statistics Advisory Council, “to ensure Canadians can trust the way their data is handled by their world-class national statistical agency.”

Finally, he noted that the Standards Council of Canada will launch the new Data Governance Standardization Collaborative, looking to coordinate the development and compatibility of Canadian data governance standards and create a level playing field in the digital economy.

Along with those and the Digital Charter principles, Bains noted, that companies that don’t abide by the policies will face “significant fines.” While Bains did not offer much detail he said companies that don’t comply and fail to protect data will be fined “a percentage of [their] revenue, limiting their ability to collect data and revenues.”

He stated, however, that the government doesn’t want to be prescriptive in its approach, noting that it’s also about building trust and fostering an environment for businesses to grow.

“Canadian innovators have long called on the federal government to develop a national strategy that recognizes data as the most valuable asset in today’s economy and develops legislative and regulatory frameworks that allow Canadian businesses to grow and scale up in the global data-driven economy,” said Benjamin Bergen, executive director of the Council of Canadian Innovators (CCI).

He stated that “While [CCI] members are pleased to see the government is concerned with issues posed by data-driven economy, more work is needed to ensure data collection, use, monetization, and data flows serve the interest of Canada’s economy.”

“As the Prime Minister said last week, the pace of change has never been this fast in history,” Bains said “Yet, it will also never be this slow again. Governments, citizens and businesses, we all must adapt. Assumptions must be tested. Policies must be modernized.”

More information on the charter is set to be revealed in the coming weeks, and Bains noted that the government also plans to update the Privacy Act, and examine frameworks for Open Banking.