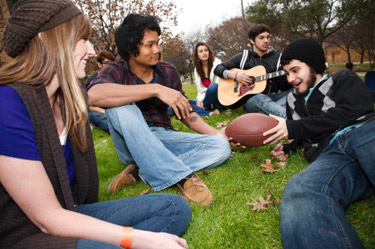 Millennials may not be the “me” generation after all.

A new report states that millennials, the group of people generally born between 1980 and 2000, are reshaping the Canadian economy, and they’re twice as likely than the average Canadian to start a business within the next year.

The figures come just a day after we reported on another study that said 75 percent of small businesses in Ontario won’t hire anyone next year.

If we were to solely listen to statistics then it means lots of young people will start businesses, but they just won’t hire anyone. Then again, reports and statistic merely indicate trends and the possibility of future happenings. With today’s news, I think we should be okay.

The new survey from intuit Canada shows that these fearless young economy-enablers ’embody a bold new entrepreneurial spirit that is remaking the Canadian economy”.

“It’s far too common to dismiss Millennials as an entitled ‘me’ generation, and to dismiss their approach to the workplace,” said Jeff Cates of Intuit Canada. “At Intuit, we think differently. We believe that there is a tremendous opportunity to foster the entrepreneurial spirit of Millennials by giving them the tools they need to succeed.”

Millennials, especially those working the startup world, didn’t apply for their jobs at a job fair only to work at a cubicle along side hundreds of others. Rather, they likely received their shot through networking, and might have even worked for free for a while. The Lehman Brothers’ 2008 financial collapse happened when 24 and 25-year-olds were in their second and third year of university. Not exactly a shining beacon of hope for post-university job prospects.

The study thinks that one likely explanation for the rise of entrepreneurialism among Millennials is sheer necessity. The youth unemployment rate is 14.1 per cent, double the Canadian average of 7.1 per cent, the biggest gap since Statistics Canada started tracking this statistic in 1976.

“At Intuit, we believe that financial literacy skills are central to ensuring that Millennial entrepreneurs succeed, said Cates. “We feel so passionately about this that we are announcing that we will be giving our new QuickBooks Online software free for one year to every new Canadian startup.”

Some other stats from the study detailed that millennials have no problem working from home and would rather spend personal savings than borrow from a bank.