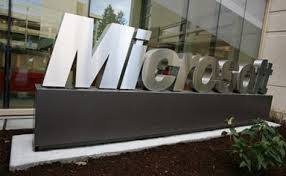 Since Microsoft unified several programs for startups into one umbrella “Microsoft Ventures” organization, the large company hasn’t made too much noise in the startup community.

According to Microsoft Ventures, the relationship is part of a the unified organization’s “global initiative to help entrepreneurs build great companies.” The company plans to work with startups at every stage of maturity, providing them with tools, resources, and expertise.

“We are excited to partner with these three leading startup hubs because entrepreneurism is a local phenomenon and Launch Academy, Notman House and MaRS,Discovery District with their proven record for success, represent amazing examples of startup innovation, support and community,” said Cliff Reeves, senior director of community programs. “Great ideas and smart businesses are created in local entrepreneurial communities and we are looking forward to collaborating with Launch Academy, Notman House and MaRS,Discovery District, some of Canada’s leading startup hubs.”

Microsoft Ventures said it works actively in the community to “empower and enable entrepreneurs to thrive,” by offering resources. It also said it helps grow the Canadian economy, overall.

Representatives from Microsoft should be on site at the three locations going forward to provide technical mentorship and assistance as well as access to devices for development and testing. The BizSpark regularly gives startups free software including Windows, Visual Studio, Office and more, worth over $13,000 in software. Meanwhile startups can also take advantage of Windows Azure cloud hosting credits worth $150 a month.

In late June Microsoft decided to unify the Bing seed fund for startups, the BizSpark evangelism program and the accelerator network. According to general manager Rahul Sood, it was done to allow access to services “as intuitive and friction-free as possible.”

“As ecosystems become more fractured, paths to innovation shift and evolve, often requiring support tailored to that particular market to spur meaningful growth,” wrote Sood. “To meet these growing sets of needs across mature and emerging markets alike, we are strengthening the resources we provide entrepreneurs,” he said.

Today Vancouver-based Storypanda announced the launch of its free iPad app, which allows kids and parents to create, and read customized ebooks and share…