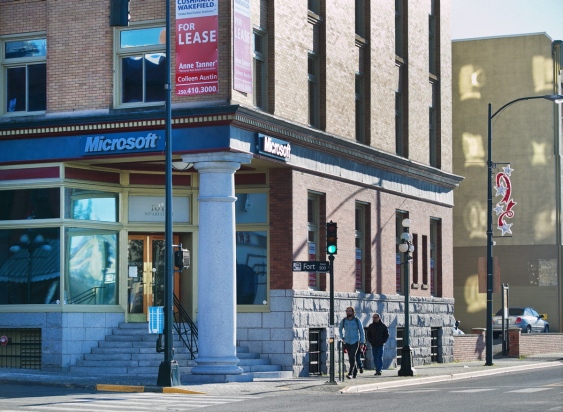 Unfortunate news in B.C this this morning, as the Times Colonist reported that Microsoft has closed its office in downtown Victoria less than two years after opening. The location focused on game development.

Don Mattrick, the former head of Microsoft’s gaming division, left the company earlier this year to join game developer Zynga, but apparently that wasn’t the reason for the closure.

“This was not an easy decision, but one guided by our desire to centralize development in our Vancouver studios,” said Microsoft in a statement released to the Times Colonist. “We are working closely with all employees affected by this change to identify open positions in other studios, and we remain committed to doing business in British Columbia.”

The office was opened in 2012 and the plan was to hire as much as 150 people over a three year period. Microsoft leased four floors in the building but only used two of them.

“Microsoft said it chose Victoria for its proximity to company headquarters in Redmond, Wash., and its livability, which was expected to help attract the best and brightest in creative, production and design in the global gaming industry,” wrote the Times Colonist. “The closing was met with some surprise within the game-design sector, which has grown to 18 local studios employing about 240 people.”

Several sources indicated that Victoria’s gaming sector is thriving, and the 30 now unemployed developers will likely find work at one of the city’s 18 studios.

Photo by the Times Colonist