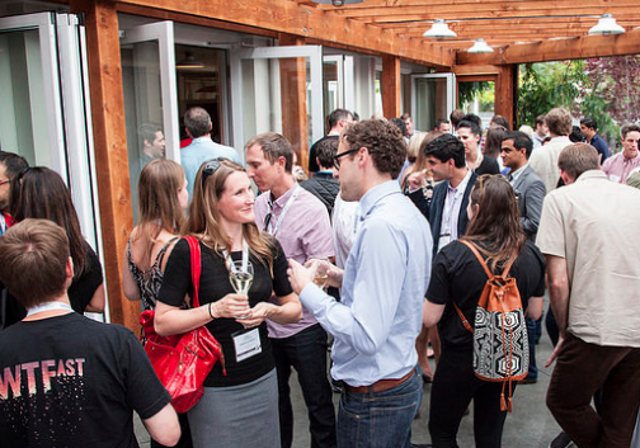 Metabridge is back for another year of taking the idea of the uptight tech conference and flipping that on its head. The nonprofit organization, a part of Accelerate Okanagan, announced the 15 startups that will have the chance to connect with investors and mentors from Silicon Valley at a lakeside retreat in Kelowna, BC.

“We take our group outside of the conference room and put them in settings that allow for creative and collaborative thinking and dialogue. Our VIPs from the Silicon Valley are not only getting content from a curated group of companies, they are also being pitched to in a highly memorable setting,” said Sehra Bremner, Executive Director of Metabridge. “This combination leads to a higher propensity for that VIP to engage with the founders post event. Through experiential programming, we aim to disengage the VIP from their office so they are 100 percent focused on our startups, leading to that one conversation that could change the trajectory of that company.”

The startups come from all across Canada and include one company from Kenya, which will be the first international startup to take part in the event. Teams will meet with VCs and serial entrepreneurs from companies such as Google, AngelList and OMERS Ventures, with the goal of pursuing investment opportunities, strategic partnerships, and mentorship.

“We had an overwhelming response to Metabridge this year. 109 companies applied, which is more than ever before. We are really pleased with the strength of all the companies that took the time to apply,” said Bremner.

Metabridge has seen companies like MediaCore, SqueezeCMM, and Hurrier pitch at its event. The retreat is open to startups in the late seed and early Series A stage that have a product on the market and demonstrated traction.

BetaKit last covered fashion subscription service JustFab in July 2012, when the company raised a whopping $76 million and announced it was on track for…