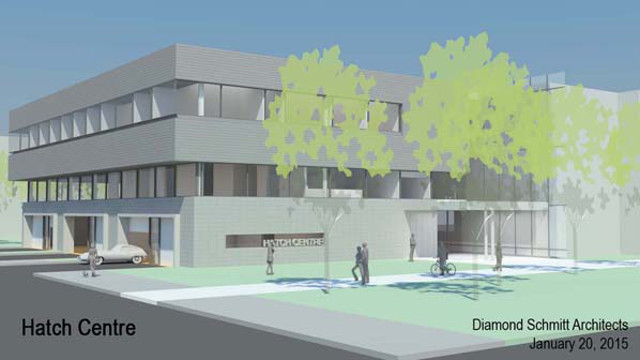 According to Canadian Architect, McMaster University has broken ground for the Gerald Hatch Centre for Engineering, a facility where engineers, scientists, and students can research integrated energy systems for urban use.

The Centre will house the new Research Facility for Integrated Building Energy Harvesting Systems (ReFIBES), the only test facility of its kind in North America. Features in the building will include sensors in the facade that measure and analyze vision glass and exterior facade performance, and a geothermal field for research into the storage of energy collected from various sources.

The goal is to open the $11 million building in late 2016. While the original budget was $8.5 million, $2.5 million was added to offset the costs of newly-added staff offices. Engineering students themselves contributed $2 million through a special levy, said McMaster Daily News.

“The Hatch Centre will be the central hub for student-focused experiential learning,” said Ishwar Puri, McMaster’s Dean of Engineering. “Not only will the centre provide much-needed space for students to collaborate with one another, by using it, they will also be able to actively take charge of developing their skills and competencies as future leaders in engineering, entrepreneurship and innovation.”

For retailers working with big data, sometimes it’s too much of a good thing: while retailers might have access to a lot of data,…