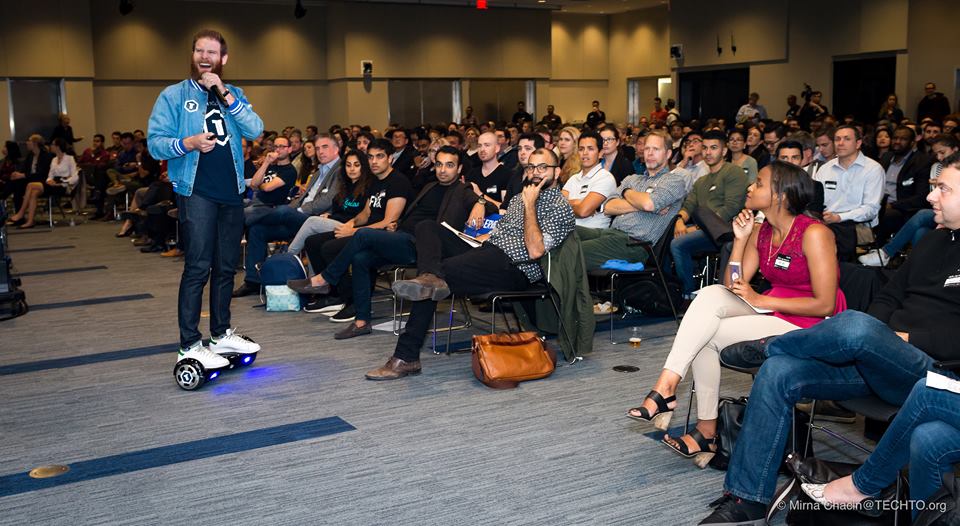 Since TechTO hosted its first meetup in November 2014, the event has exploded into one of the city’s must-attend tech events (BetaKit is a proud media sponsor!).

The organization expanded into Vancouver, and is becoming more focused on connecting like-minded people at industry-specific events like HealthTO and SalesTO.

To celebrate the hundreds of entrepreneurs who have taken the time to share tough lessons learned — and the thousands of connections that have happened along the way — TechTO is hosting a Best of TechTO event on February 27 bringing back past speakers. Kicking off with a fireside chat with Mayor John Tory hosted by BetaKit editor in chief Douglas Soltys, the night includes speakers like Ben Zifkin from Hubba, April Dunford from Sprintly, and Mike Katchen from Wealthsimple.

“Since we started TechTO, we have expanded across the country, hold over three events per month, and have produced our first research report. Last year alone we had over 200 founders present and 10,000 attendees,” said Alex Norman, founder of TechTO. “We are inspired to do all of this based on the feedback we get from the community. Almost daily we hear about how a founder met a key employee, customer, or investor at one of our events. People tell us how they were inspired to join a tech company, and we [always] learn a new way in which our research was used.”