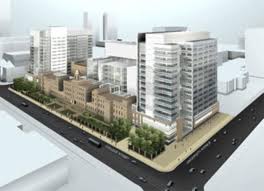 In just weeks a taxpayer bill that was thought to be $371 million has inflated to $563 million, as the MaRS Discovery District’s secret bailout continues to reveal more costly surprises.

On Sunday the Toronto Star reported that a new state-of-the-art infectious disease laboratory in the troubled downtown Toronto building will cost Ontario taxpayers another $86 million. That’s on top of the already $477 million in bailout cash earmarked for the large “innovation” hub at College and Universities avenues.

The MaRS Discovery District is funded heavily by the province and is aimed at fostering innovation and research. It works with many Canadian startups, mainly through “advisory” services, and even a startup accelerator, JoltCo. Last week news hit that Ontario Premier Kathleen Wynne had effectively hid from the public a $317.5 million “bailout”, as MaRS is unable to repay a $234-million loan the government provided to it in 2011.

The new $86 million bill for the laboratory will also be paid for by taxpayers.

“The lab, operated by Public Health Ontario and set to open this fall, will occupy the top four floors of the brand new 20-storey MaRS “phase 2” tower and is classified as a “containment level 3” facility, meaning it handles airborne, life-threatening human pathogens, and requires strict controls to prevent the release of infectious organisms,” wrote the Star. “Public Health Ontario is one of only two tenants to have signed a lease in the new building with MaRS, a registered charity that aims to foster innovation and research. The other confirmed tenant is the Ontario Institute of Cancer Research. Both tenants receive provincial funding.”

Initially it was only supposed to cost $54 million, but additional costs raised the price up by another $32 million. Bill Moore, a spokesman for Infrastructure Ontario, told the Star that the cost of the new lab is being funded by the Ministry of Health and Long-Term Care and that the $86-million budget had been approved. “When asked where the additional $32 million was budgeted, he did not say.”

The secret bailout was initially revealed by a whistleblower, via a former Progressive Conservative MPP, Frank Klees. He obtained documents that revealed the charity couldn’t afford to pay back the 2011 loan by the government of Ontario. MaRS was at risk of defaulting on the $234-million because rental income from the development was supposed to cover MaRS’ loan payments, but 70 per cent of the building remains vacant.

What transpired was several media reports that showed that taxpayers would be on the hook for $477 million, nearly half a billion dollars, which includes the $317-million price tag of the building and land, $106 million in renovations and $54 million in operating shortfalls. The “Phase 2” tower will operate at a loss of $36 million over the next decade.

Despite all the soaring costs involved with the charity’s real estate fiasco, an insider told the Star that funding labs such as the new infectious diseases one, close to top research hospitals and universities, is a positive move.

Public Health Ontario spokesman Michael Gibbs said the new MaRS tower research space will replace the agency’s aging labs on Resources Rd. in Etobicoke, where they have been since 1964. He said that plan has been in the works for more than five years.

Also last week MaRS’ board of directors and its CEO fired back in a statement, warning the public and media that “the fact that these documents have been made public may, in fact, be harmful to the ultimate completion of the real estate transaction that is underway.”

The board and the CEO also said “there were no documents that should be in the public domain,” and that “no transaction has been finalized.” When a transaction is completed, wrote the directors, “we are confident it will meet all tests of serving the public interest.”

Toronto mayor to pitch city to Netflix, Amazon during trip to Hollywood

Toronto Mayor John Tory will be leading a delegation of 23 Toronto companies and organizations on an economic trip to Los Angeles. Tory’s goal…