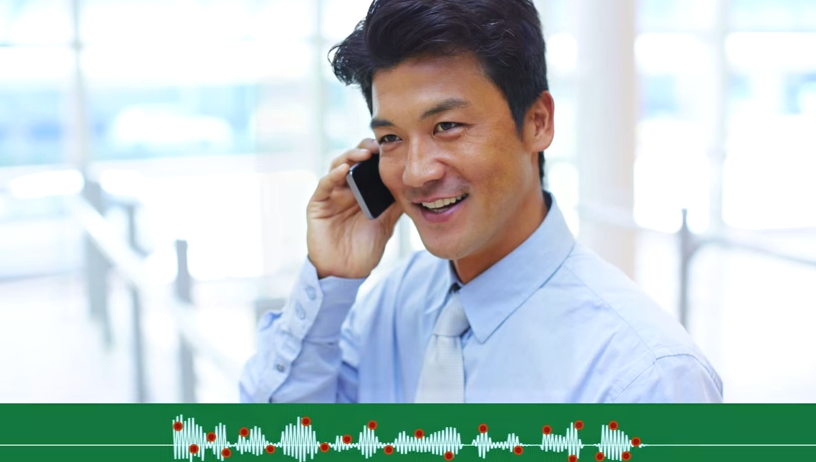 Manulife unveiled a new customer service initiative today that surprisingly puts it at the cutting edge of biometric technology in Canada. The Canadian financial services provider announced that it has deployed biometric voice technology with natural language understanding (NLU) to its contact centre, in the hopes of both streamlining and better securing customer support.

Beyond the fancy superlatives, the complex new interactive voice system is designed to do a few simple things: recognize a customer’s voice, understand the words they say, and decipher what they mean. This, in turn, provides two major benefits: streamlining what can often be a Kafkaesque support experience, as customers can simply say why they’re calling and be placed with the proper representative; the system’s vocal recognition capabilities also eschews PIN codes and security questions in favour of using their voice as their password.

Back to that fancy tech for a second. Manulife partnered with Nuance, a globally recognized NLU provider, to roll out the system. The company’s technology processes over 14 billion customer engagements a year and according to Executive Vice President & General Manager, Robert Weideman, has a 90-95 percent accuracy in inferring customer intent. Weideman said that while many enterprises around the globe are starting to employ intelligent voice systems, Manulife’s implementation is unique for its dual English and French Canadian support.

The focus of today’s unveiling rested mostly on the cost savings and improved customer satisfaction of a support system where technology bends to the needs of its users rather than the inverse. With Manulife receiving as many as 28,000 customer calls per day, the immediate impact is obvious. But promotional banners at the event featured customers uttering the phrase “when my voice is my password I feel heard,” leaving me to ponder if that was true.

The emergence of vocal biometrics poses the question: when your voice is your password, do you feel heard, or spooked?

From a security perspective, vocal biometrics are an improvement over PIN and question-based gatekeepers, which can be forgotten, stolen, or bypassed via some nifty social engineering. Speaking with Weideman, I learned that vocal-based security is less rigid than other biometric systems, like fingerprint or retinal scan, which can more easily be spoofed, and can’t really be changed once compromised (see: the ‘we are all beautiful unique snowflakes’ corollary).

Nuance’s technology creates a ‘voiceprint’ for each customer based upon 100 different unique voice characteristics. These voiceprints are more dynamic than a regular fingerprint and thus less spoofable – the best mimic in the world might sound exactly like you to the naked ear, but they can’t possibly match the length of your larynx, which Nuance’s system can infer and track as a datapoint. The system is also smart enough to recognize if a digital recording of your voice is being used to gain access, and whenever suspicious of foul play, will prompt the offender to pass an ‘aural captcha’ test, repeating a random string of numerals that could not have possibly been previously recorded. A customer’s voiceprint will also naturally change with age, which Nuance can also track, meaning that a onetime breach isn’t permanent.

Security bona fides aside, there is still the matter of customer trust. Vocal recognition is a nascent technology, and the broad populace has barely come to grips with Siri, let alone the concept of a voiceprint. What are the ramifications of that type of biometric information being tracked and stored, particularly by a financial services company with strong ties to health insurance? Manulife right now can recognize my voice, but what about when it can recognize that I drink or smoke too much to justify my premiums?

But these are hypotheticals only answered by time. Posing the question of trust to the Manulife executives on hand, I was met with the firm rebuke that their customers already trust them today with their most sensitive personal and financial information. Who’s to say that will change?