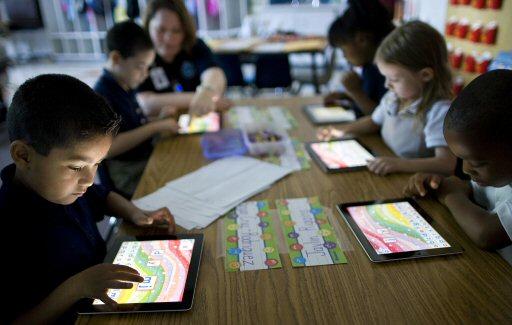 On the same morning we just announced a partnership between a Waterloo-based startup and the Ontario Teachers’ Federation, new data is suggesting that the majority of schools in Canada are lagging behind when it comes to technology in the classroom. Specifically though, mobile learning devices like tablets.

The study by CDW Canada, a “leading provider of technology solutions for Canadian organizations” in the public and private sectors, revealed results from its Teaching with Technology survey. It found 42 percent of Canadian schools have not yet introduced mobile learning tools in classrooms. 69 percent of educators surveyed also said that if they could introduce any new technology for their classrooms this year, it would be a tablet.

“The results of this survey reinforce the feedback we receive from educators and IT managers — bringing technology into the classroom is a great way to make learning more exciting and engaging for students,” said CDW Canada’s Daniel Reio. “Combining the right tools with a well thought out technology-based learning strategy makes all the difference in improved learning outcomes. CDW Canada’s dedicated education account managers work closely with Canadian schools, school boards and educators to provide expertise and advice, to help them leverage the best technology.”

The survey was conducted from September to October and asked Canadian educators about their current and future technology use in the classroom. Teachers largely indicated that they wanted iPads (69 percent). (Who doesn’t want an iPad though?)

While a number of schools still do not have mobile technologies in classrooms, of the 58 percent of schools that do, technologies such as smartphones, e-readers, notebooks and printers were said to have made a positive impact on classrooms and on students’ learning experiences.

The survey indicated that technology is playing a vital role in “transforming student learning and empowering teachers to lead instructional innovation” in schools. Respondents said that technology has:

In addition, the results found a “great acceptance” of social media by educators across Canada, with 46 percent reportedly using it in the classroom.

The seventh edition of Traction Conf is set to take place in Vancouver this upcoming August. The conference will be hosting founders and industry…