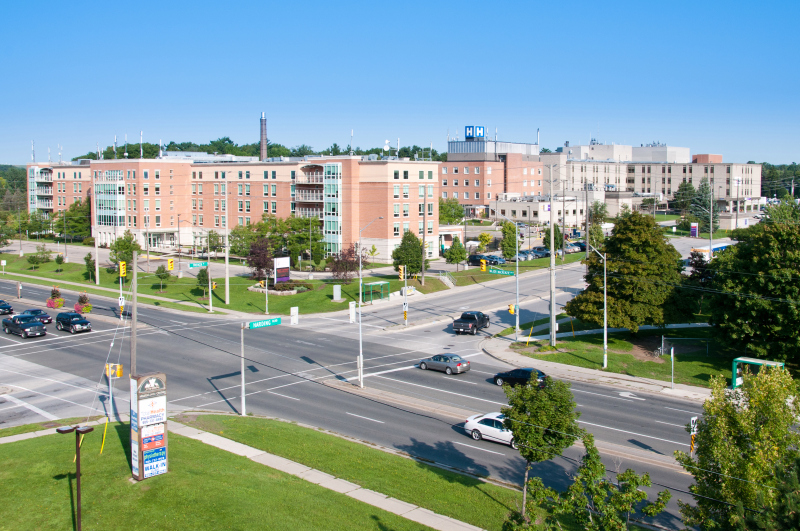 Yesterday at the Mackenzie Richmond Hill Hospital, just north of Toronto, Mackenzie Health announced Phase Two of its Innovation Unit. The first of its kind in Canada, the initiative is designed to further the integration of advanced technology to improve healthcare. The Innovation Unit is one of five healthcare-related projects which has received funding from Ontario Centres of Excellence through its AdvancingHealth program.

On hand at the announcement were Mackenzie Health’s technology partners for Phase Two: Cisco, ThoughtWire, and BlackBerry. Whereas Phase One saw the installation of smart beds and sensors in the Innovation Unit to facilitate patient care and track compliance, Phase Two better connects its IoHT (Internet of Healthcare Things), implementing a mobile-friendly clinical messaging and alert system to intelligently tie communications between the hospital’s information systems. The goal is to give care providers (outfitted with BlackBerry smartphones) better access to the information they need when they need it. Here’s how BlackBerry explained the solution in a blog post:

For instance, if a patient in room 101 is calling their nurse, the request is routed to the nurse overseeing their care. This reduces a problem that’s all too common in hospitals, known as “alert fatigue.” Alert fatigue occurs when all the alerts go to all patient staff, regardless if they are responsible for responding. Intelligent alerts enable nurses to focus on their patients and only respond to the alerts that are relevant to them. This allows them to spend more time at patients’ bedsides and ultimately provides a better patient experience.

“In health care, everything is about the flow of patient information,” said Mackenzie Health President and CEO, Altaf Stationwala, during a panel conversation with BlackBerry CEO John Chen. The problem, however, as Stationwala explained, is that each hospital component is spitting out data that is not unified, either in insights or security. Chen put a finer point on the security concern from a patient’s perspective, saying that care providers “can’t just be walking around with a USB stick.”

Wow! Stationwala just referenced LEAN methodology. Not expecting that sitting inside a hospital.

Stationwala claimed that while many health organizations across Canada are having similar conversations about incorporating IoHT into their facilities, Mackenzie’s leadership comes from being able to encapsulate the need and opportunities into a workable vision statement. However, greater challenges than vision may impede healthcare innovation in Canada.

Foremost are the headaches that come from a disparity of health care regulations, implementations, and requirements across provinces. Second is the reality that, functionally and logistically, modern hospital technology is not ready for IoHT.

.@JohnChen: BB has created a healthcare advisory committee to learn more about how their tech can help solve problems.

BlackBerry’s QNX OS, the linchpin in the company’s burgeoning IoT strategy, is a wonderful example. Speaking with members of BlackBerry’s Healthcare team following the event, I learned that many pieces of current hospital technology are currently running QNX, yet remain unconnected to the IoHT. This is for two reasons: first, while QNX-powered automobiles, which can easily receive a software update OTA or during their next servicing, most current medical tech can’t; secondly, unlike the automobile industry, most healthtech manufacturers have been slow to adopt a role in servicing their products post-sale. The early stage of IoHT in Canada has left many dumb devices running a smart OS, waiting to be connected.

Which leaves Canada, for now, with the vision statement. “Eventually, we wish our patients can access health care as easily as ordering a pizza,” Stationwala said.

Disclosure: I happened to work at BlackBerry from 2009-2011, back before things had an Internet of their own.

Today RSS monetization tool Mediafed announced that it has acquired social news reader Taptu, in a deal the terms of which were not disclosed….