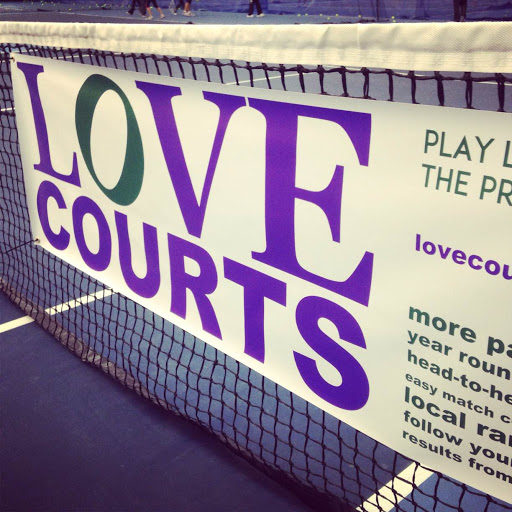 We haven’t seen too many tennis-specific apps coming out of Canadian startups, so it was fun to chat with LoveCourts cofounders Alan Fong and Mario Filipas.

The guys said that LoveCourts is a “next generation online and mobile platform that fundamentally enhances and improves the tennis experience for tennis players, coaches and clubs alike. It allows tennis players at all levels to ‘manage their tennis life’ by enabling them to play more, have higher quality games and track the progress of themselves and their friends.

They’ve already mapped out every tennis court and facility in North America (over 200,000) on the app, but LoveCourts is currently only focusing on the 300-400 courts in the greater Toronto area.

The app released in the App Store just three weeks ago and already the cofounders have partnered up with several Toronto-based tennis clubs and online tennis goods retailers.

“We were thinking ‘how could we engage tennis players more?'” said Filipas. “With tennis players, you look at the pros, you watch them on tv and you see them play tournaments non-stop, they have these rankings, they have all these great partners to play with and they see their statistics and their head-to-head matchups , so how can the every day tennis players get a taste of the pros?”

With LoveCourts, the app provides the amateur (or pro) tennis player the ability to enable match coordination with a few taps, it records match statistics, it tracks all match results for every tennis facility in North America and it will even run a year-round tournament at every tennis facility. “I can just go look up the court and see everyone that’s played there, all their match statistics and who’s the leader there, who’s the best players there, and if I want to filter by different categories I can,” said Fong.

The guys are particularly proud of the match coordination feature, one which other websites or apps haven’t been able to offer a great solution. It allows players of equal caliber to challenge each other within the app, where the other player will receive a notification on their phone with the challenge.

The app also allows users to find local tennis courts and it incentivizes players to play and achieve more via goals and achievement badges.

Fong and Filipas met years ago while students at the University of Waterloo. Since then they’ve launched several startups and websites and now each work full-time in IT positions. Their most prominent venture is a photography community called MyFourThirds, the internet’s largest Four Thirds and Micro Four Thirds photo community. They’ve had ongoing conversations and sponsorships help from a few of the leading camera brands, who might actually acquire the site soon.

Really though, the pair are tennis nuts and their desire to build this app came from a love of tennis. And even a little bit of competition. “We still don’t know who’s better or what our stats are and who’s actually done better,” said Fong. “How come we cant have those pro stats as well? That’s what Love Courts brings to the amateur player.”

It’s one thing to work hard on an app and get it to launch, but its another to have people actually keep the app on their phones and use it everyday. It was cool to hear the guys emphasize that they don’t want want it to be “one of those install and delete apps.”

“We want to be really careful because a lot of apps like this, the first user experience is really important,” said Fong. “That’s why we’re cognizant of watching the people register and then tracing back the analytics to see how they use the app and even reaching out to them to get their feedback as well.”