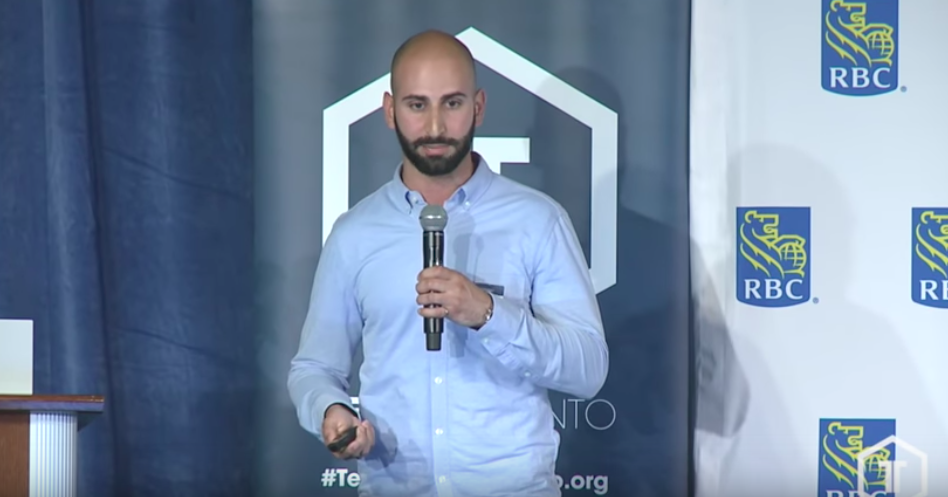 According to Jafar Owainati, co-founder and CEO of Toronto-based Loopio, companies looking to expand their teams need to stop stereotyping people based on their educational background.

Speaking at the latest TechToronto, Owainati pointed out a common stereotype in the startup space: people with an MBA can “drown your business” because they are “generalists” and “strategy guys.”

He recalled a presentation he heard at a SaaS conference, where Dharmesh Shah, founder and CTO of HubSpot, addressed this stereotype. Shah said that people tend to think that the number of MBAs in an early startup team can negatively impact the company’s chances of succeeding.

Owainati doubled down on challenging this stereotype, adding that HubSpot — which is worth over $2 billion — has an executive team filled with MBA grads.

“In the startup space that there’s this stereotype that MBAs are going to basically drown your business.”

“Darmesh had a theory. Maybe not all MBAs are predisposed to startup cluelessness…you might think HubSpot is the exception, and the answer to this is no, they’re not,” said Owainati, who is an MBA himself. “In fact, 25 percent of all unicorns…have at least one MBA on their founding team.”

During his TechTO presentation, Owainati also shared the story of how he faced this stereotype when trying to break into the startup space after completing an MBA.

“I do have my MBA. I used to be a management consultant. So I’m categorically the absolute worst hire for early stage startups,” said Owainati. “I actually saw this first hand. I went into the market…and I saw so much friction. Everyone kept saying, you’re a strategy guy. We’re looking for people who can execute.”

Owainati said after struggling to find a job in the startup space because of his educational background, he decided the solution was to launch his own company. In 2014, Owainati launched Loopio, a startup that aims to streamline the way organizations respond to requests for proposals, due diligence questionnaires, and security questionnaires. According to Owainati, Loopio has bootstrapped its way to 35 team members and has over 250 customers.

Even though Owainati successfully launched a startup and has been an entrepreneur for three years, in his presentation, he said he continues to be stereotyped by other people in the startup community. Owainati recalled a meeting earlier this year with a VC, who brought up the fact that Owainati was a management consultant three times.

“We need to stop stereotyping people based on their educational backgrounds.”

When it comes to hiring new team members, Owainati stressed that companies need to go beyond the surface and dig a little deeper into the background and experience of prospective employees, especially when they have an MBA. On the other side, he said that people with an MBA looking to work in the startup space need to show that they understand startups by gaining experience, reading books, participating in startup weekends, attending events, and getting certifications.

“The problem is there are so many people out here who are looking to break into this space, but you’re not doing anything to actually go beyond the stereotype,” said Owainati. “When we’re actually looking at people, and we look at an MBA grad, and we actually go beyond the superficial and we click in, we get to learn more. MBAs [are] typically looked at as a generalist or someone who’s strategic. But this is someone who’s actually identified and understands that startups need specialization.”

The next TechTO takes place on August 14. Get your tickets now!

Montreal-based Impak Finance has received $1.1 million from angel investors for its social impact platform. Participants in the angel round include Anges Québec, Anges…