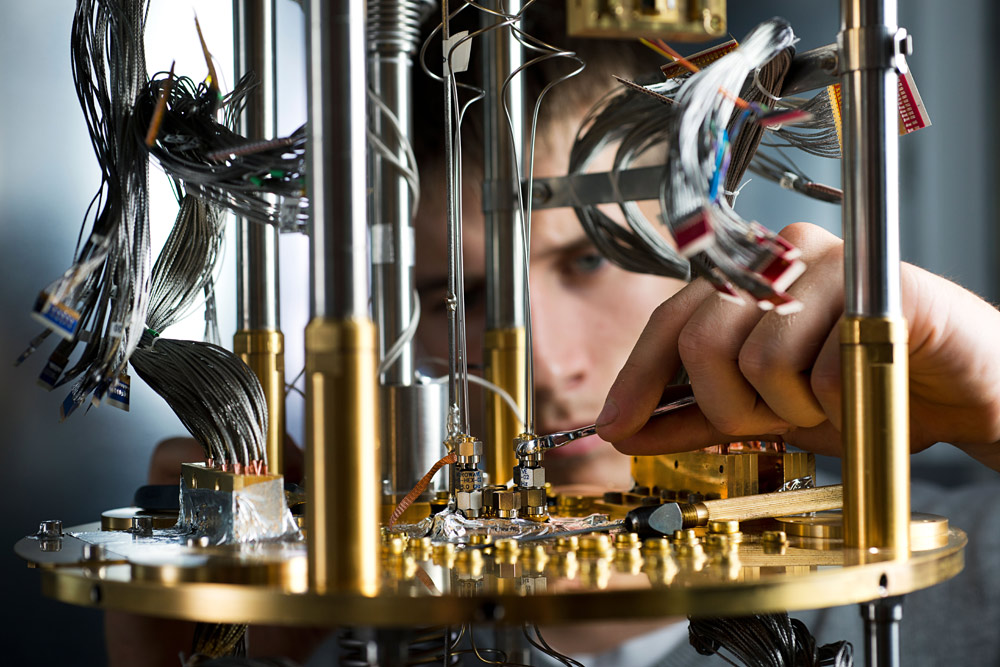 When BetaKit last took a look at innovative startup D-Wave, the company was raising a new round of $28.4 million (out of a total investment of $160 million) to develop the first working quantum computer. Now it looks like they’re making progress.

What does a quantum computer actually look like, on the inside? D-Wave has released the first two of a series of D-Wave Lab Tour videos showing what this technology looks like under the hood.

What’s the biggest difference you’ll see? “A traditional supercomputer may have many thousands of processors, but here, there’s only one chip,” notes D-Wave Director of Professional Services Murray Thom in the second video. Information is stored in little magnetic fields corresponding to 1’s and 0’s.

The image above from this helpful animation shows how problems are sent to the quantum computer for an answer. But how will this be used? The aim is to use these computers to solve some the most difficult problems which we can conceive, like modeling the flow of water for developing infrastructure, optimizing radiation treatment in hospitals or helping machines to learn by seeing the world as humans do.

Those are extraordinary goals – and quantum computing can only take place under extraordinary circumstances. The quantum processor is behind many types of shielding in an ultra-low temperature, ultra-low magnetic environment. In fact, the processor is in an environment that’s kept at 0.01 K, more than 100 times colder than the depths of outer space.

To achieve this remarkable feat, D-Wave has partnered with some of the biggest technology giants around, from Lockheed Martin to NASA and Google, exploring the frontiers of computing technology right from its office in Burnaby, BC.