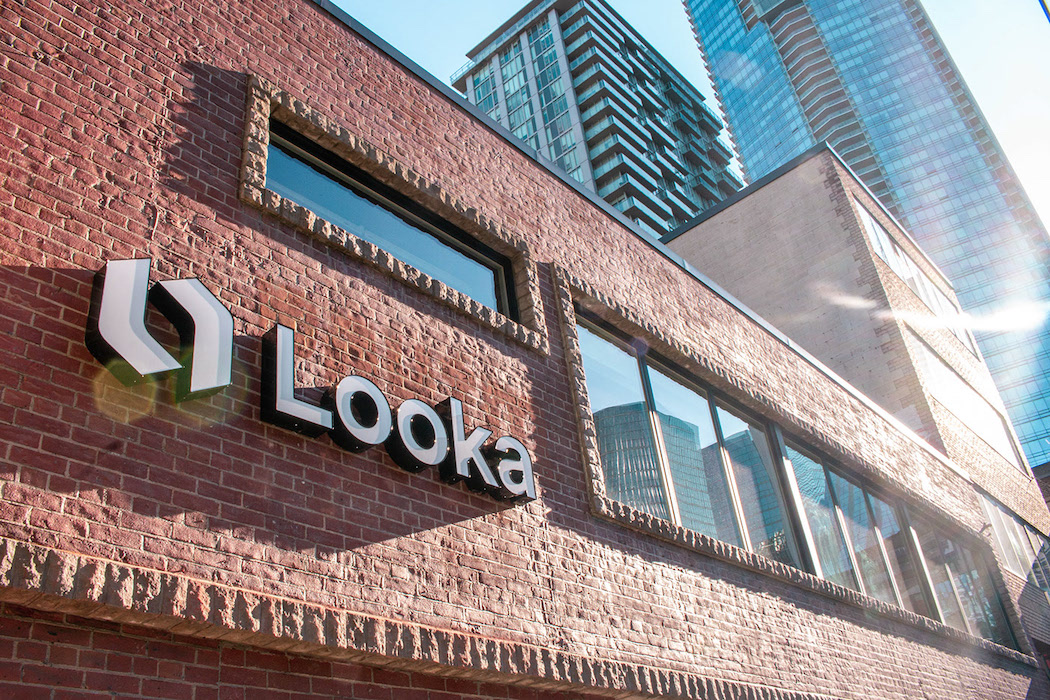 Looka, the Toronto-based startup that uses artificial intelligence and machine learning to design logos, has laid off 80 percent of its employees, BetaKit has learned.

Formerly known as Logojoy, Looka sat at 40 employees prior to the layoffs, which occurred in two rounds in mid to late October. Looka has confirmed the layoffs to BetaKit. The startup has been pared down to a team of just eight, with a total of 32 employees laid off. The layoffs were company-wide, affecting every department, including marketing, product, development, customer service, and operations.

“Rebrand, they said. It’ll be great, they said.”
– Dawson Whitfield, CEO of Looka

The layoffs come just six months after the company launched a rebrand, not only changing its name to Looka, but expanding its product line beyond logos to brand packages that included logo files, brand guidelines, social media assets, and business card designs.

Dawson Whitfield, CEO and co-founder of Looka, told BetaKit that it was this decision to rebrand and move into new verticals that led Looka to financial difficulties and layoffs. “Rebrand, they said. It’ll be great, they said,” Whitfield lamented.

The CEO explained that with the rebrand the company expected and was ready to see a 20 to 30 percent drop in organic traffic due to the domain switch. “That was sort of the standard [of] what to expect, 20 to 30 percent. And expected to recover in three to six months,” Whitfield told BetaKit.

Unfortunately, that recovery never took place. Whitfield claimed that with the domain switch from logojoy.com to looka.com, Looka ended up losing 80 percent of its organic traffic, which had previously accounted for 50 percent of the company’s revenue.

“But even still, if it were covered by the new year it would still be okay and we would make it through that,” Whitfield added. “But essentially, it recently became very clear that we were not going to recover by the new year.”

The CEO explained that in October, Looka came to that realization that its traffic and revenue were not about to rebound, leading to the decision to let go of 15 employees in the first round of layoffs. The second round, which also affected around 15 employees, occurred after Looka assessed its outlook and realized that additional difficulties stemmed from the decision to expand its product line.

“Despite deep planning efforts going into the transition and understanding the trade offs and risks with potential SEO loss, which could impact the companies revenue, we never anticipated such a setback,” said Sam Haffar, partner at Real Ventures, which led Looka’s Series A. “After a few quarters of major efforts to rebound from the SEO losses it was clear our search ranking would take longer to normalize than we had budgeted.”

“We essentially decided that we need to simplify things and focus on the one core product.”

“[After the first round of layoffs] people sort of asked the really tough questions when it came to product development and it sort of forced us to really give a hard assessment on where we were, in terms of product development and progress,” said Whitfield. “We essentially decided that we need to simplify things and focus on the one core product for the next year at least, and that is the logo maker.”

Moving forward Looka plans to keep its focus on its original product, the logo maker that uses AI and machine learning to generate logos. According to the company’s website, Looka has been used by more than five million entrepreneurs since its launch in 2016. Looka has also raised around $7 million in funding, with a $900,000 seed round and $6 million Series A in November 2018.

“The rebrand hit their organic traffic in a big way. At the same time they were branching out into additional product areas. They still have a massive, untapped opportunity with the core business and that is their focus,” said Mark MacLeod, founder of SurePath Capital, who personally invested in Looka’s seed round. “Their value proposition there is consistent with what we see in the broader SMB market.”

“The low end of the market, representing 91 percent of all SMBs, is looking for cheap, automated marketing tech,” MacLeod added. “Looka still has a large opportunity and thanks to the moves they have made, while painful, have the runway to tackle that opportunity.”

Whitfield told BetaKit that despite the recent difficulties, he still sees value in the market Looka is addressing and has optimism that Looka can recover.

“[In] the logo market … at least a billion dollars of logos are sold every year. If you look at just 99 designs and Fiverr, they sell about $150 million of logos per year. So it’s still a very sizable market,” said Whitfield.

“There’s a lot of value in doing one thing really well. That is, it’s much safer, for sure. Building the best logo maker out there is a pretty sure bet,” Whitfield went on to say. “One thing that we’re coming to realize is, it’s not as easy as it seems to, to expand beyond that.”

Looka is also still trying to resolve what to do with its new 8,500-square-foot office, which the company moved to in May, following its rebrand. In April, the startup had expressed plans to grow its team to 60 employees by the end of 2019, as it expanded and filled the new office space. When asked about Looka’s plans regarding the office space, Whitfield told BetaKit Looka is still trying to figure that out.