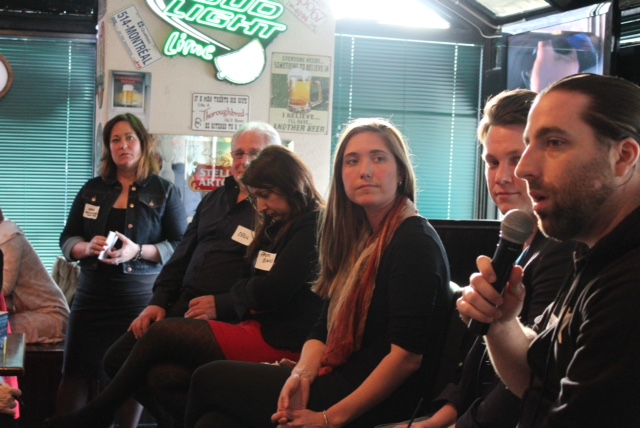 Five very different entrepreneurs gathered for the London Bridge Network’s Founders Panel. And although their personal journeys, and even their businesses, couldn’t be more different, the foundations were the same.

“Don’t fear failure.”
“Be your authentic self.”
“Be able to sacrifice.”

These entrepreneurs came together at their collective home base of London, Ontario, for a Founder’s Panel presented by The London Bridge Network. Usually, the Network hosts a monthly event featuring speakers of a unified topic, but this month they mixed it up. “We’ve done this because there is an enormous amount of talent in London that is often overshadowed by Kitchener and Waterloo,” said the evening’s host, Anna Foat, the mastermind behind Big Dog Sales Consulting. The volume of the round of applause was a large indicator that the audience agreed.

The event saw its biggest turnout in months. Londoners from young startup wannabes to suited-up investment bankers gathered together over beers and chicken wings to hear what the experts had to say. Which goes to prove, the entrepreneurial spirit spans generations, interests, and backgrounds.

The panel featured two sets of entrepreneurs. The ‘Younger’ set of founders and the ‘Seasoned’ ones. The veterans were Pam Bains, a stay-at-home mom who, in 1988, started what would become one of Canada’s top IT support providers, Microcad; she sat alongside Dr. Cecil Shewchuk, the Principal of Shewchuk Consulting, a consulting firm that provides technology companies in the areas of business planning, technology and product development, sales and marketing strategy, and implementation roll-out.

However, the fresher entrepreneurs proved age is only a number. Sitting on this side of the proverbial table were Jeff Evans, video game developer and founder of Tiny Titan Studios whose game Dash Quest has been featured in Apple’s Best New Games (twice); Sarah Prevette, the founder of Sprouter, the world’s first online community providing real-time advice to startups, and she’s also the original creator of a news website familiar to some of us… BetaKit; and Taylor Ablitt, the co-founder and Chief Executive Officer of Diply, the second largest entertainment website in the world.

This passionate and creative group could find themselves anywhere in the world, so why London, Ontario, which to many Ontarians is seen as a step-down from the bustling Toronto or the tech-hub of Kitchener-Waterloo? “Many people outside of the city don’t realize that the tech is huge here,” stressed Tiny Titan’s Jeff Evans. “If you’re going to do a startup in San Fransisco you need two million in investments a year. Where here you can sustain a moderate lifestyle and take the risk.”

The fear of the financial risk is sometimes what separates the startup dreamers, and the achievers. The panel broke down how they each started their successful businesses. Some boot-strapped, while the others sought investments, and they had some sage advice for future entrepreneurs.

“There are a lot of similarities and mindsets of the people on this panel,” said Evans after the panel had wrapped up. “It’s that entrepreneurial mind. To have people who have lived a risk-free life and all of a sudden say, “Forget all that! Let’s take the plunge!” I think that’s one of the main commonalities between everyone.”

From Evans selling his old games in the paper as a kid, to Shewchuk admitting he had to break out of the baby boomer mode, it’s easy to see that these are personalities that craved creating something bigger than themselves.

“We need to think about (the enormous talent) in London more often,” announced the evening’s host to continuous applause. “We need to talk about it more often and not be so shy!” After that panel discussion, I know at least 50 people who will not only be talking about it, but yelling it from rooftops… or at least tweeting about it. 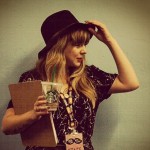 Deanne Kondrat works in Digital Advertising by day and is a freelance writer by night. Her work has been featured in the Globe and Mail, xoJane and She Does the City. In her spare time, she can be found on Twitter objectifying 90s heartthrobs and reviewing her latest burrito meal.

This week, several Canadian startups have made announcements, launching new features, partnerships, and more. Here’s the latest on Canada’s movers and shakers.   Indochino…