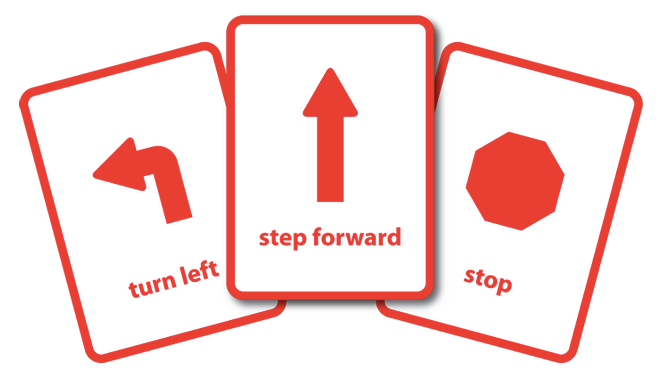 How early can a child learn to code? Littlecodr’s Kickstarter campaign to teach coding with a fun card game for young kids aims to help answer that question. Littlecodr has raised over $10,000 from more than 200 backers with 15 days left to go in the campaign – a modestly successful start that could signal a much bigger trend: pint-sized programmers who ‘get’ technology, potentially before they’re old enough to go to elementary school.

“Code is everywhere,” the Littlecodr team notes on its Kickstarter page. “From our devices to our car keys, we come in contact with things that are controlled by code hundreds of times each day.”

We caught our first glimpse of the project last summer, shortly after myBestHelper CEO Alexandra Greenhill and Gate64 founder Nathan Slee launched Littlecodr. As Greenhill explained in a Vancouver Sun interview, “It’s not coding per se, it’s technology — understanding technology and not being afraid of technology… because I can’t think of a job in 10 or 20 years that’s not going to have a strong element of tech in it.”

Part of the game’s appeal is that it makes the partially esoteric practice of ‘coding’ more concrete, and therefore, accessible to both children and adults.

Over the past year, the co-founders have shared the game with families, adjusted aspects of it, and refined the business plan for the game, with the process culminating in Littlecodr’s Kickstarter campaign. In addition to the new funding to produce the game, Greenhill says an even more important aspect of the campaign has been discovering new people who are equally interested in developing these kinds of projects.

How might these kids actually use the skills they pick up? We talked to some Kickstarter backers about why they supported the Littlecodr project.

Kimberly Burge, a local cub scouter with Scouts Canada explained, “I backed it because it looks like a simple way to introduce my Cub Scouts to programming. I know as a professional web developer playing various games helped me be able to understand the principles of JS, CSS and HTML. It’s inexpensive for what it is. Worse case: it’s a game the Cubs don’t like to play. Best case: it teaches them something valuable.”

Kyle Cardinale, a teacher at Harvergal College, a female boarding school in Toronto, took to Twitter to praise Littlecodr’s innovativeness.

@notionport Of course, I am a teacher and to me I'm always looking for new ways to present computer science concepts.

@notionport I am looking for a new perspective something that would appeal to STEM learning and the next generation of coders. I'm excited.

“We see Littlecodr as a precursor to all of the other amazing excellent tools available to teach kids how to code,” Greenhill said. “Scratch Junior, Cargo Bot, Linkitz, Little Bits are innovative games that our Littlecodr players will graduate to and excel at.”

William Johnson is a writer, communications strategist, and founder of the Vancouver Tech Journal. You can reach him at williamjohnson.ca.