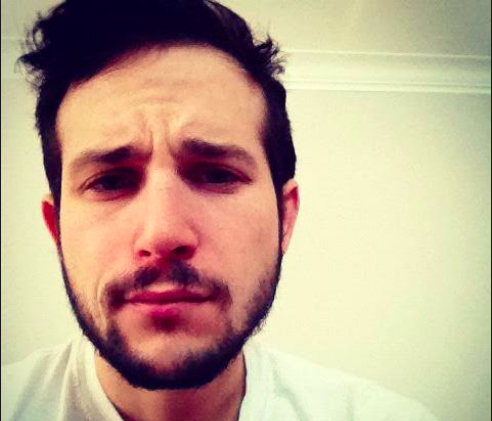 This story more or less starts around 2007 with the first Apple iPhone, something that not too many people in Canada had. But Brandon Reti, a young fourth-year McGill University student, did have one. People would come up to him in the cafeteria wondering what he had in his hands. He knew it was special, and he knew there was a huge future ahead of it.

Reti was working for a company that specialized in creating mobile ring tones and wallpapers, but they weren’t looking into the future like he was.

He started as a lowly video game tester and then became interested in the analytics that could be derived from the people who were downloading the products, eventually asking his bosses if he could move up to an analyst role. From there he was eventually promoted to business development manager. Just 23-years-old at the time, he was keenly aware that “there was only so much money you could make off of Stewie ringtones and wallpapers”.

Shortly after he got a call from a company called Manwin, now known as MindGeek after a recent merger. Over 100 people were working there, he knew they were getting high traffic and were ready to start a mobile department, but he didn’t know much more than that. Why not?

“So I go in for the interview and they sit me down, and they say ‘hey, we don’t really talk about this on the phone, but we like your resume and we run some of the largest adult sites in the world.’

Having just graduated from McGill, he saw the opportunity in front of him leading to two outcomes: it would either taint his career early or “pour jet fuel on it and bring me into another stratosphere of mobile.” “Fortunately enough,” he said, “it was the latter.”

When Reti joined Manwin about 120 employees worked in the company. By the end of his stay the company had grown into one of the largest adult entertainment companies in the world and had 1,000 employees, 45 of which worked under the kid who still hadn’t had his 28th birthday.

Reti and his team were doing things that other highly-respected tech companies simply couldn’t do, like the amount of data that was being collecting or the user actions they could track. At first they’d just throw stuff at the wall and hope it sticked. They tried tons of different features and iterations that would get users “through the funnel,” so that they’d enjoy the content and (eventually) pay.

“The beautiful part about 20 million people coming to your website a day is that it really doesn’t take a long time to see if features are working well. What would take months at another company you could figure out in 12 hours,” said Reti.

He learned a lot about modern human behaviour through the sheer massive amount of data that he was able to watch. The way he saw it was that when people came to adult sites, they were in their most primal and emotional states, and rarely could one derive such honesty. “We’d watch how they’d fall off and why people weren’t coming back and it came to the point where we were just really optimizing and ensuring that we’d stay longer and watch movies and click on ads,” he said.

By the end of his stay, Manwin was pulling in $4 million a month in revenue and 20 million different people were watching their videos every day. One of their websites was in the Alexa Top 50. Outside of giants like Google and Facebook, there aren’t too many companies that get those numbers.

So how did they get there? Reti said they’d experiment with tactics like the “five video” business model, or basically forcing users to upgrade after they’ve viewed five videos. How could they make money off of the people who watching a ton of videos and leaving?

“For the people who did watch more than five, we prompted them to purchase a premium subscription and locked them out for 24 hours,” he said. “It allowed us to generate tons and tons of revenue, and we took that revenue and dumped it back into the mobile sites.”

Part of that revenue went towards reducing the load speed: for every second above two seconds, the team saw an 11 to 12 percent drop-off of users.

Nearly all the decisions were made entirely by data. Take, for example, the category “thumbs” for different types of pornography, like “BBW” or “amateur”. The way those are placed and what images go along with them aren’t random, but calculated. Even the copy on credit card payment pages was crucial, written and re-written several different times. “We had some of the highest retention in the adult business, and while all our competitors were offering free content on crappy sites, we just kept dumping money back into them, increasing the amount of resources that we had so the user was always be the person winning at the end,” he said.

He was making a great salary, he was leading nearly 50 people and he was gaining all the insight into user behaviour that a programmer could ever want, not to mention first class flights and treatment wherever he went.

But, there was a reason why he left.

Part two of the series will look at why Reti left his position and his insights on the industry as a whole.