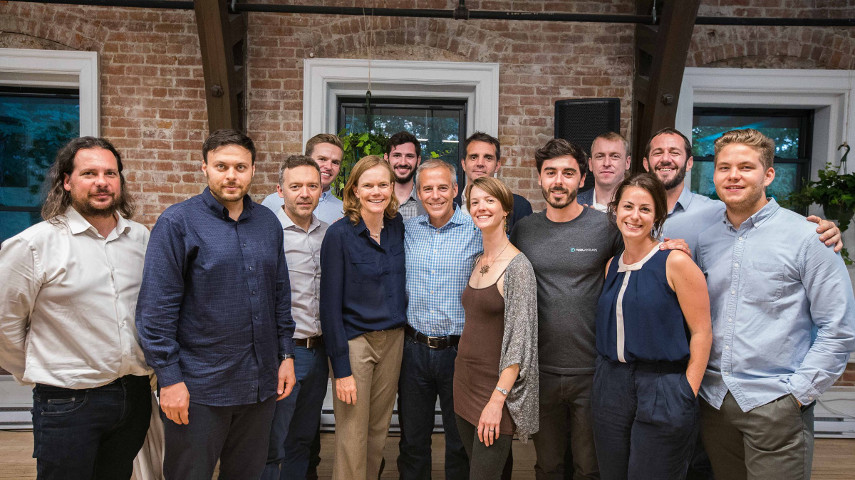 On the 10th year anniversary of its first $3 million round, Montreal-based Real Ventures has closed $180 million as it looks to expand its method of supporting startups.

Over the past 10 years, Real Ventures has supported startups like Breather, League, Planora, SweetIQ, Universe, Vrvana, PasswordBox, and Frank+Oak.

When Real Ventures launched in 2007, its focus was on growing the local Montreal ecosystem through its investments and its early-stage accelerator, FounderFuel.

Since then, the Canadian startup ecosystem has exploded with activity, and Real Ventures has expanded to Toronto and backed new programs like Techstars Toronto and, most notably, co-founded Element AI, which is getting attention from international firms with AI pioneers like Yoshua Bengio at the helm.

Bannister said that none of the money from Element AI’s $157 million Series A was carried into this fund, though LPs in this fund do get an interest in Element AI as with any other company they invest in with this fund. However, she indicated that Real Ventures’ access to Montreal’s notorious AI community was an important differentiator.

“One of our theses is that AI will underly growth of the next startups. The second thing is that Canada is well-positioned to win in that environment, and then third, specifically Real Ventures is well-positioned in Canada [to do that] based on a bunch of factors. One of which happens to be we are co-founders with Element AI, but there are other factors that enable us to attract AI investments,” Bannister said, noting that the firm has partners with expertise in the area.

“Technology alone isn’t going to build a huge business. Real Ventures has a track record of helping young companies lay the foundation of businesses so they can go from seed to Series A and beyond.”

“We’re big believers that brains don’t stop at the US border, but historically early-stage capital has.”
– John Stokes, partner at Real Ventures

Currently, the Orbit fund only operates in Montreal, but there are plans to expand it across Canada. “Often those companies need more hands-on help, so by being [local] and having a team dedicated to them — so for OrbitMTL, we have a team dedicated to Montreal pre-seed companies — they can be with the companies as often as they need to in person.”

The Real Ventures team will also be donating 20 percent of their carried interest from OrbitMTL to the OSMO Foundation, a non-profit dedicated to supporting Montreal’s ecosystem. OSMO is the foundation behind Notman House, and Bannister says it’s to demonstrate the firm’s belief in Montreal.

“We’re big believers that brains don’t stop at the US border, but historically early-stage capital has,” said Montreal-based partner John Stokes. “These new pools of capital mean that we’ll not only be able to invest in more Canadian companies, but be their trusted investment partner for an extended period of their life-cycle.”

As for how it invests, companies can see $750,000 to $2 million in initial investments, with potential for follow-ons.

“Ecosystems are like a snowball. Once a snowball gets rolling it gets bigger. Success begets success, and there three things that you need in an ecosystem to be successful, one is talent, one is vision and aspiration, and one is funding,” said Bannister lauding Canada’s homegrown and international talent, and calling out companies like Shopify for showing that entrepreneurs don’t need to exit at $5 million and retire.

“The fact that we have Asian investors, like Tencent and Temasek, Harbourvest which is based in Boston investing. It’s definitely showing that foreign investors want to invest in Canadian companies.”