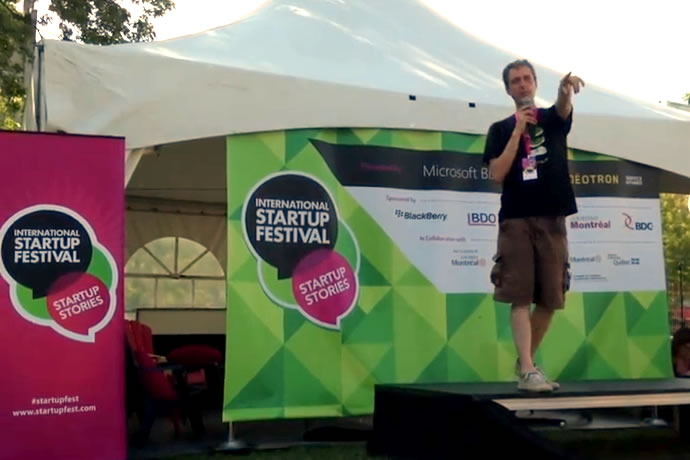 The Startupfest 2013 in Montreal was a grand success and the big $80,000 grand prize, which includes design and branding support, 1-year of free access to the Fasken Martineau Start-up Program, 6 months free rent – was awarded to Jason Bailey’s L33dr.ly project.

Bailey stated that “raising money in Canada is really difficult. Having come to this festival with nothing, with nobody knowing my story, I’ve been able to tell it here and through the process of doing that, I’ve been able to raise almost half a million dollars literally in two days and that is a phenomenal thing to happen.”

L33dr.ly, which services are still largely unknown and was in ‘stealth mode until now,’ will give independent game developers access to a larger reach and generate additional revenue. Bailey has also received commitments from 500 Startups for $100,000, $150,000 convertible note BDC, and a $50,000 commitment from LX Ventures, plus co-founder of Vancouver’s Hootsuite Dario Meli is interested.

The other runner-ups were Snoobe and Sobersmart. Snoobe is an online tool that helps wireless customers choose the best wireless plan. Sobersmart is a portable and rechargeable breathalyzer that syncs with your smartphone and states there are now “no more excuses not to make the right decision.”

If you’re not first…you’re last. It’s the rare saying echoed by both Ricky Bobby and startup founders everywhere. But, while this adage might have…