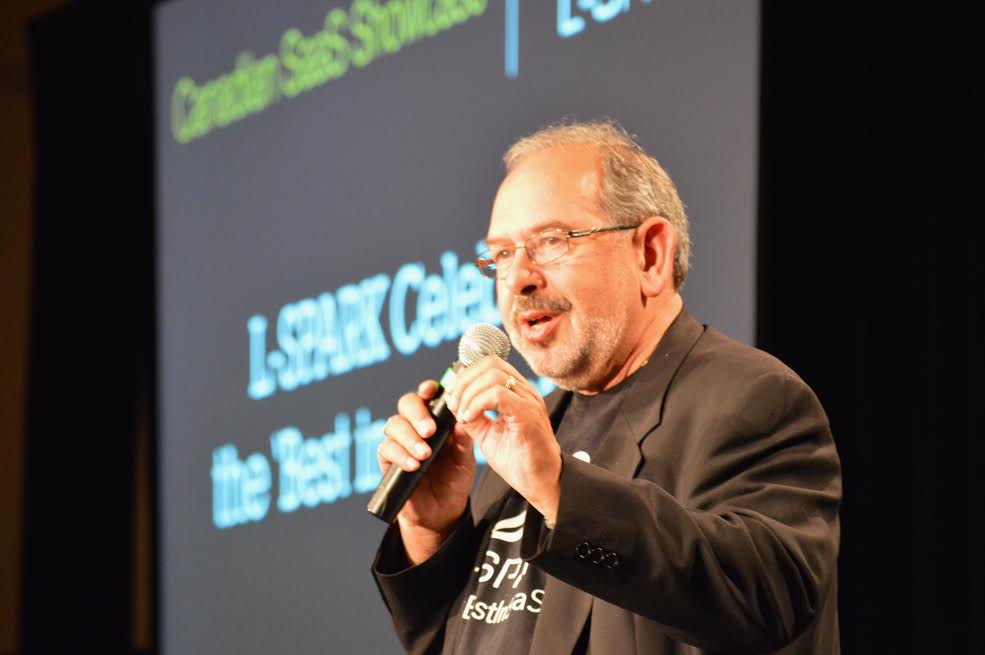 SaaS North, Ottawa’s first-ever global SaaS event takes place in the nation’s capital from November 29th to December 30th. For a first-time event, SaaS North will feature an impressive list of Canadian speakers (Shopify CEO Tobi Lütke, League CEO Michael Serbinis), as well as those from around the globe (500 Startups’ Susan Su). Somehow, amongst the three days of speakers and panel sessions, SaaS North has found a way to cram over 30 exhibitors into the Shaw Centre as well. BetaKit is happy to be a media partner.

SaaS North is presented by L-SPARK, Ottawa’s incubator turned full-time accelerator which focuses on scaling Canadian SaaS companies. BetaKit sat down with L-SPARK’s Executive Managing Director, Leo Lax, to learn why now was the time for a national SaaS event with a global focus.

What was the motivation behind SaaS North?

With the development of cloud computing, coupled with the increased availability of “anytime, anyplace, anyhow” (the triple AAA) communications, enterprises of all sizes are now able to implement and afford on-demand software services. As this new way of using software is becoming the norm, a new business model has also evolved.

“In recent years, the Canadian ecosystem has produced more than its fair share of leading SaaS startups.”

Today’s software companies are embracing agile development which is enabling them rapidly scale customer and user growth. At L-SPARK we work with entrepreneurs to their concentrate efforts to achieve a repeatable sales process, establish metrics (including MRR, MOM, LTV, CAC) as well as build customer success and onboarding processes in line with the SaaS business model.

However, the SaaS industry is still in its infancy. Best practices and tactical strategies are still being formed. We founded SaaS North to bring leaders and practitioners of SaaS companies together to help us build what we hope will be a future playbook for scaling a SaaS company

There has not been one central destination for Canada to grow a strong SaaS community. We are it! Canada has produced some of the top leaders in today’s SaaS marketplace. However, early stage Canadian SaaS companies are struggling to scale up into globally competitive firms that generate large revenue. L-SPARK is the point of concentration for enterprise SaaS and cloud companies to connect with Canada’s SaaS experts. SaaS North is the annual destination and physical event that will support this.

Why is now the right time for a SaaS-focused conference in Canada?

The worldwide public cloud services market is set to reach $204 billion by the end of 2016, according to Gartner, and the Canadian SaaS contribution is growing.

In recent years, the Canadian ecosystem has produced more than its fair share of leading SaaS startups. These include Vancouver-based Hootsuite, Montreal’s Startup LightSpeed, Ottawa’s Shopify and Halogen Software, and Toronto’s FreshBooks.

Ottawa, in particular, has re-emerged as an inviting place for SaaS startups and legacy enterprises moving into this space. Past successes in the city’s tech scene have created a fertile environment and paved the way for a new industry to emerge. Ottawa’s long history of telecommunications companies began in the 80’s and 90’s. And though they might be graying at the temples, the executives who grew up in the heydays of Blackberry, Mitel, Nortel, Newbridge Networks and Cognos have a wealth of experience. The IPO successes of these companies might have faded from memory, but their legacies have created a foundation of talented executives.

U.S. tech companies like Apple, Amazon, Microsoft, OpenText, Survey Monkey, IBM, Google, and others are all setting up local development centers, so it’s no wonder we are poised to be Canada’s capital of software.

How can Canada foster the emergence of more global SaaS companies?

First and foremost, global SaaS corporations need the intellectual capital to build the products to meet the market. Canada is rich with such intellectual capital, with the entrepreneurs, the engineers and software designers, as evidenced by the many Canadian-born senior executives in leadership positions in global SaaS companies around the world, in the United States, in South America, Europe, and Asia. These Canadian execs provide the drive, the vision and the operational ‘chops’ for many of these Global corporations.

Secondly, to reach global scale, this intellectual capital needs to be coupled with a self-confidence to take on the world, a vision to drive hard and expand in spite of the perceived risks involved in such growth. This self-confidence, sometimes called swagger, and sometimes confused with arrogance, is a key requirement in SaaS businesses. It is a requirement born from the need of SaaS companies to expand and grow exponentially and rapidly. This rapid growth is needed in order to establish a solid base of sustainable and repeatable revenue stream, which then can fuel the ongoing drive to grow.

To gain such self-confidence, our CEOs need to know that risk capital is available to fuel this growth. Unfortunately for us, this risk capital, is still in short supply in Canada. Which in many cases drives or entrepreneurs to join other growing companies, rather than build them right here in Canada. Is that because we do not have financial capital in Canada? I don’t believe that. We do have the financial capital, but it is being deployed in lower risk investments, and only a very small percentage is deployed in the higher risk opportunities that exist in the SaaS industry. If I had a wish, I would cast a magic wand to release a portion of this pool of capital into this higher risk category to fund the emerging SaaS companies. This will not only provide the fuel for growth, but also provide our CEOs with the self-confidence to take these larger risks necessary to compete in the global marketplace.

The SaaS North conference is the forum for gaining the skills and best practices of growing a SaaS company, and also a demonstration to the Canadian capital markets of the untapped investment opportunity in Canadian SaaS. We have a people, we have the smarts, we have our conference and together we can build our own home-grown success stories.

This week’s guest is Brittany Gorevic, the General Manager at Union Square Ventures, a venture capital firm based in New York City. After working…