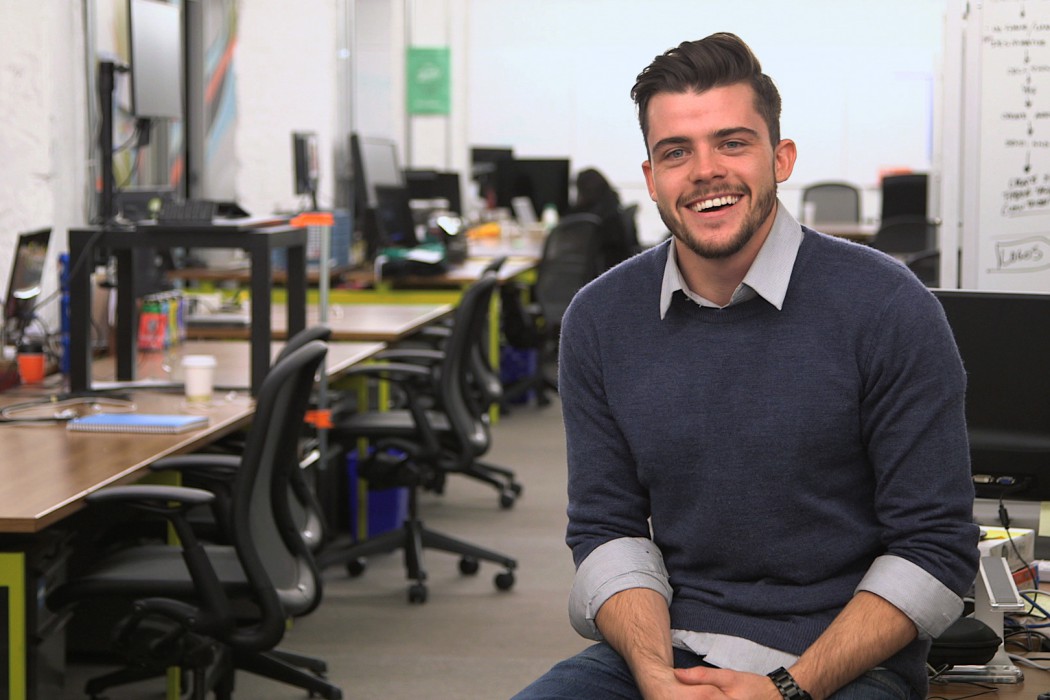 On June 27, Empire Startups is bringing its FinTech conference to Toronto for the first time. The organization, which has hosted eight FinTech conferences in New York and San Francisco, aims to connect US and Canadian entrepreneurs, investors, and startups.

Among the startups that will be there is Koho, one of Canada’s emerging FinTech darlings. Koho, which is backed by Power Financial, has so far processed over $1.3 million in transactions from over 1,000 users on its financial management platform.

Koho co-founder and CEO Daniel Eberhard spoke with Empire Startups Program Director Stephanie MacConnell on Canada’s FinTech landscape, and his thoughts on the future of FinTech.

Let’s start with an easy one! How did the idea for Koho come about?

Personally, I’ve always been very interested in businesses that do two things: 1) Create value and 2) Solve hard problems. I’ve spent a decent amount of time overseas and coming back to Canada, I’d always get frustrated with the banking landscape here. We started with things we could remedy, like getting rid of bank fees and fixing bad technology and eventually found ways to add a bunch of value around how people save and spend. We’re aligning people’s personal lives with their financial lives.

I’ve heard Koho referred to as a “millennial” product. What are your thoughts on that?

“I think the FinTech industry, especially, lends itself to shared learning.”

Speaking of psychology in finance, at the conference, you’re speaking on a panel called “Disrupting User Behavior.” In your experience with Koho, can research and design really impact user behaviour?

We worked with leading behavioural psychologists to examine the questions, “How do people think about money? And why do people have a hard time saving?” Based on our research, we implemented a broader product strategy. One piece we recently developed is our new savings feature called Goals, built with a thorough understanding of the psychology around savings.

If banks want people to save, they offer one percent interest. If we want you to save, we rearrange how you think about how much money you have and should spend. The average millennial saves just one percent of their income, while our customers are saving $515 in the first three weeks. Some of that is driven with engagement as people are using Koho four to five times more than they use traditional bank apps.

What’s your take on the FinTech landscape in Canada?

I think the FinTech community in Canada is behind. Our companies and talent are world-class but we’re unpacking a heavily centralized regulatory environment and an audience that is used to a Big Five banking environment. FinTechs are going to play a key role in keeping the Canadian banking climate competitive but we have a lot of work to do in making sure the Canadian banking sector stays strong in the long term.

Are there comparison points to the US?

I think the US has its own challenges, purely by virtue of population size, distribution, and market fragmentation. There are something like 18,000 banks in the US, 1/3rd of the population is under or unbanked and their regulatory system is pretty fragmented but their technical infrastructure is much better.

“There are many FinTechs facing the same struggle: trying to get people to think of them top of mind over incumbents.”

We could have built Koho in about a quarter of the time in the US. In Canada, we effectively have five or six banks, everyone has a bank account and we have pretty consistent regulation, but we’re way behind technically with a much smaller population. Despite looking pretty similar, the US and Canada are pretty different in terms of how businesses are built.

Why is building a network within the local FinTech community so important?

I think the FinTech industry, especially, lends itself to shared learning. There are so many FinTechs facing the same struggles: trying to get people to think of them top of mind over incumbents, trying to understand where regulation is going, and searching for the types of customer acquisition strategies that work and scale. These things lend themselves to cooperation because nobody has broken through to bank-type scale yet.

What is the most interesting thing happening in FinTech right now?

To me, the major FinTech debate right now is around how new financial products will be accessed. As we move forward, consumer sophistication, access and engagement will all go up, so how will people access new financial products? It seems like having a chequing account will continue to have decreasing value in that decision process so I’m really interested in finding out what the leading indicators of this behaviour are.

Hear more from Daniel on the Disrupting User Behavior panel at the Empire FinTech Conference on June 27. Grab a ticket and take 10% off with code BETAKIT10 here.

Stephanie MacConnell is the Program Director at Empire Startups, a FinTech community with hubs in NYC, SF and Toronto. She is wild about innovation and travel.