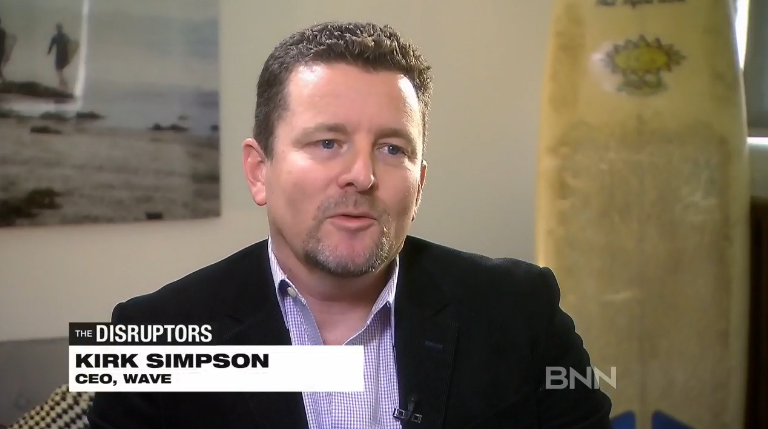 This week on The Disruptors, co-host Bruce Croxon sat down with Kirk Simpson, the co-founder and CEO of Wave, to discuss its free cloud-based accounting solution for small businesses and how the startup transitioned into a FinTech company with a global reach.

During the interview, Simpson said adopting a cloud-based solution early on was both advantageous and a challenge for Wave.

In order to help Wave overcome these challenges, Simpson says Wave has adopted an “up-sell model” by offering consumers the chance to purchase additional products that they need.

“We thought free [services] would bring them off the sidelines and that we could then find ways to monetize,” said Simpson. “We’ve done well in payments, payroll, small business lending and we think that there’s all sorts of services built into that free core software that will drive value for both the customer and us.”

According to Simpson, Wave has seen an approximately 15 percent conversion rate from its free users into its paid users. Croxon says that this rate can get better or worse depending on how much Simpson makes on each of additional products he sells to Wave’s users.

While it can be difficult to attract and retain small business owners, Simpson says Wave has a unique approach to acquiring and holding onto its users. “We have the most amount of data about them…when it comes to making it easy for them to get a merchant account with us or for us to process payroll or ultimately to give them a small business loan, we think we’re in the best position…and that’s going to lead to real advantages to the small business owner.”