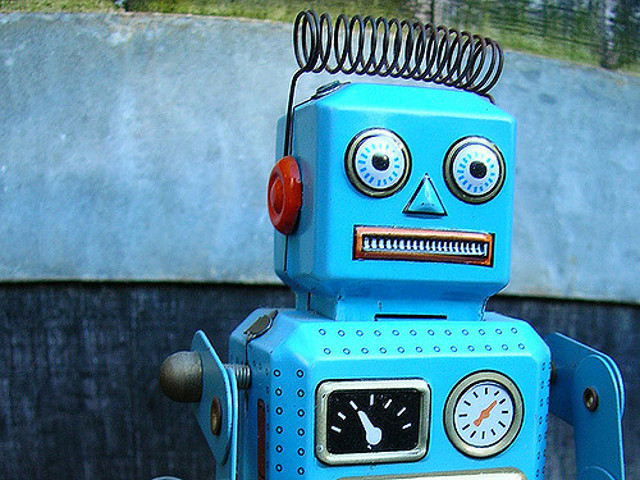 An eclectic mix of politicians, entrepreneurs, academics, and tech innovators in Vancouver took part in a Shaping Davos panel this week on fostering cities as hubs for innovation. (The event was one of several, happening in 16 cities, leading up to the World Economic Forum’s Annual Meeting 2017 in Davos-Klosters). At the iconic Science World location, they looked at the hurdles Vancouver might need to overcome as it refines its tech hub status.

The panelists tended to focus on questions more than answers (ie. How do we innovate more at the public level? How do we incorporate diversity?) But after the event, we got in touch with the representative from the tech side of the panel: Suzanne Gildert, CTO and founder of Kindred Systems.

Our question: how will robots and AI transform our cities?

Kindred Systems is working in the artificial intelligence space (with funding from the venture capital wing of Google). In Gildert’s view, one way for Vancouver’s tech hub to attract top talent and funding is to concentrate on a particular niche.

“There is always a double-edged sword to new technology, for example, with safety risks. So when the change comes, a lot of it will come from grassroots adoption.”

“When I think about centres of tech innovation, it’s much easier to become a leader in biotech or AI, something specific, than it is to become a tech hub,” she said. “One of the things Vancouver could do is to hone one of these aspects of tech and really become the city for that thing. Obviously, I would love it if this city went after AI…You could have one or more institutions create a focal point for a certain kind of science, going beyond universities.”

However the tech sector builds up in Vancouver, robots are soon going to be a bigger part of cities in many places.

“Robots and AI will impact the kinds of jobs people will be doing in the future,” Gildert says. “People are going to have to become more familiar with robots. They will need to be willing to work alongside robots.”

That means more of a focus early on in people’s educations to get familiar with working with robots in settings no longer limited to the factory floor.

“Our robots are not designed to replace human jobs, but augment them, taking on the mundane parts of the job and letting people do the thinking parts,” Gildert said. “It makes the jobs more interesting.”

Thank you to everyone who joined us last night for Shaping @Davos Vancouver! #VancouverShapers pic.twitter.com/qzAYfjKXLe

Where robots doing repetitive, mundane tasks get confused, humans could step in using a head display or some other user immersive human controller. She sees robots getting integrated into the service industry, or having human-controlled little robots inspecting sewers, or dock workers routinely manipulating giant robots moving heavy freight.

How quickly will robots really start to make their presence felt in our cities?

“I see it as somewhere in the ballpark of five to 10 years,” Gildert says. “It depends on a lot of factors, like regulation, politics and social changes…an early example is drones which could be used in delivery, for example…We see a lot of people adopting systems like Amazon Prime Air to deliver to them as soon as possible” using unmanned aerial drones.

Why isn’t this already happening? Part of it is just the human factor related to any kind of innovation. “There is always a double-edged sword to new technology, for example, with safety risks. So when the change comes, a lot of it will come from grassroots adoption.”