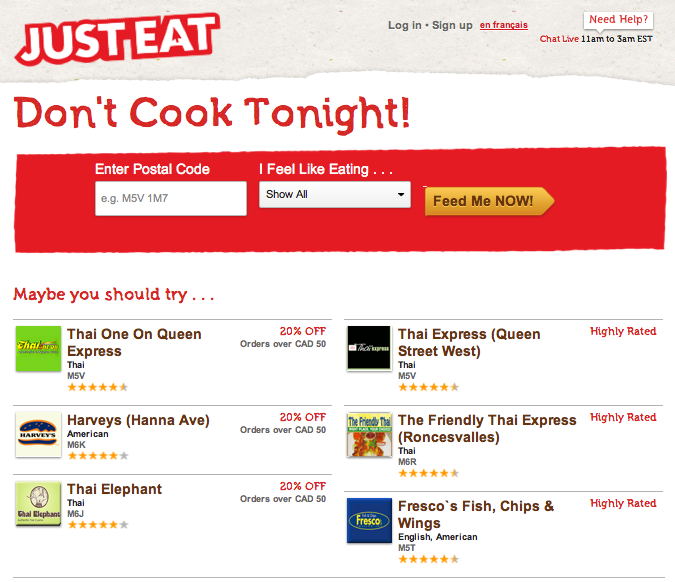 Toronto-based JUST EAT, who is dubbed as “Canada’s largest and fastest-growing online restaurant and food ordering service,” has acquired Edmonton-based Delivery Town. The terms of the deal were not disclosed. Delivery Town started in 2010 by co-founders Sachin Gupta, Prem Eruvbetine and Ming Lo and the company recently expanded its online restaurant and food-ordering platform.

“We were very excited when JUST EAT approached us. With JUST EAT’s national presence and bigger marketing budget, it will be able to bring even more value to Edmonton restaurants and clients,” says Gupta.

JUST EAT noted that they plan to continue its delivery focus and will expand its operations in 2015 and plans to “nearly double the amount of marketing dollars being allocated to promoting the JUST EAT app and website.”

“Edmonton will be the eighth city that JUST EAT will be offering its exclusive fleet of delivery service providers” states Todd Masse, JUST EAT Canada’s Managing Director, “this comes mere months after its successful launch in Toronto, and is the first in our aggressive 20-city expansion plan that will be executed nationally in 2015.”

There are over 4500 restaurants online with JUST-EAT.ca, including Toronto, Vancouver, Calgary, Edmonton, Montreal, Ottawa, Winnipeg and Regina. The company was founded in Denmark in 2000, and now has its globall headquarters in London, UK and is active in 13 countries around the world.