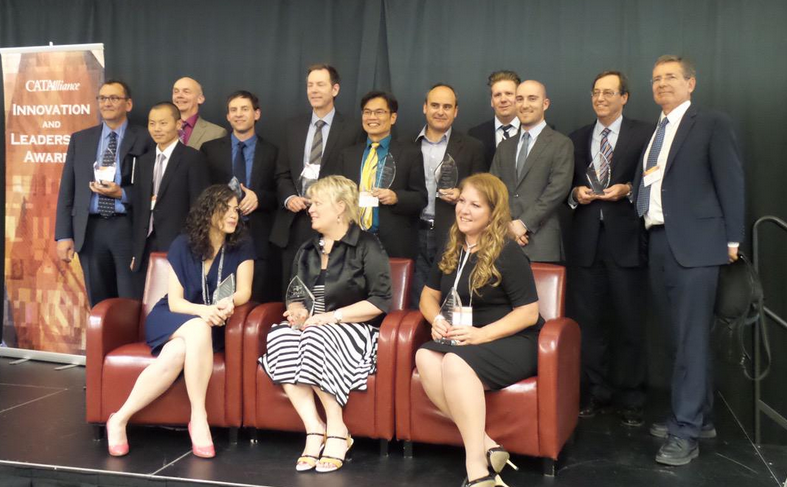 A couple notable selections were made that are of interest to the startup community and our readers. First, Daniel Bader, an editor of BetaKit and EiC of MobileSyrup, was honoured with the Innovation in Science and Technology award. Daniel has written a number of great articles for both publications and has given his expertise on technology, mobile payments and the future of wireless in Canada.

John Ruffolo, CEO of OMERS, celebrated the morning by witnessing Shopify go public on the NYSE, in which he called it a “historic Canadian moment.” During the Awards Gala, Ruffolo continued his good fortune and accepted the Telfer Private Sector Innovation and/or Leadership in Advanced Technology Award.

OMERS is a subsidiary of Ontario Municipal Employees Pension Plan and Ruffolo is helping guide the company and its investments into a new direction by shifting the perception of Canada away from only being a resource economy. Apart from Shopify, a number of OMERS’s portfolio companies are rumoured to file IPO’s this year, including Desire2Learn, HootSuite, BuildDirect, and Vision Critical.