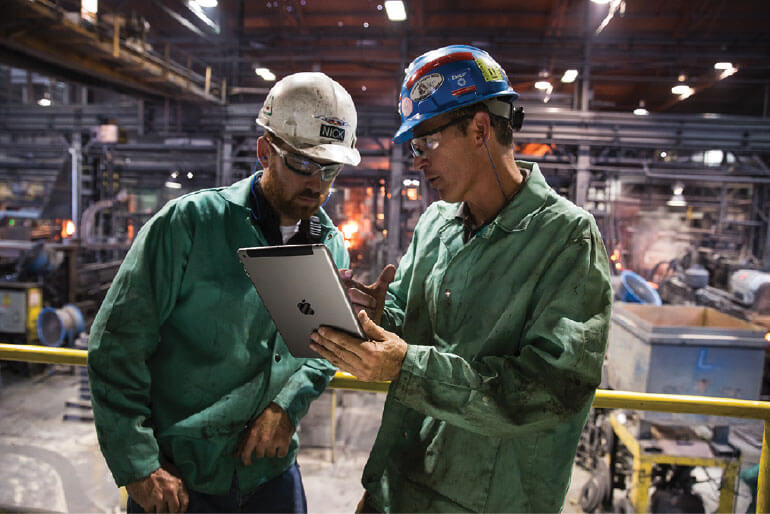 Founded in 2016 by current CEO Frédéric Scherer, the company offers smart manufacturing software, which is applied into JITbase’s two main products: The Optimal Path System (OPS), which calculates the optimal sequence of machinist activities on the shop floor; and CNC machine monitoring where users are able to keep track of key performance indicators such as overall equipment effectiveness, availability rate, amount of units produced and machine downtime.

In April 2018, Betakit reported that JITbase was one of the graduating companies from the Montréal Founder Institute’s four-month early-stage tech startup accelerator.

According to JITbase, the new $650,000 capital is earmarked for expanding its in-house team, increasing implantation capacity with new customers, further developing software capabilities, and accelerating its reach to international markets.

Scherer told Modern Machine Shop that the idea for the machine monitoring solution came from one of JITbase’s customers from the aerospace industry. They asked the CEO if it was possible to leverage JITbase’s software to help machinists manage more machines, and Scherer realized this solution could address the shortage of manufacturing workers.

Although there’s been a sudden increase in demand for manufactured goods, employers are finding difficulty in recruiting manufacturing employees. Reuters reported that 916,000 jobs were created in the manufacturing sector in April 2021, but companies can’t find the workers to fill them. By 2030, SME wrote, the United States will be six million employees short in the industry.

Scherer claims that with JITbase’s cloud-based software, manufacturers can decrease the number of operators per machine, minimize operational downtime, and prolong the equipment lifecycle. What makes it different, according to Scherer, is that JITbase’s software can generate a clear map for shops to increase production.