Last night, the MaRS Discovery District held a panel discussion on the future of lending, with specific focus on the peer-to-peer lending sector.

Peer to peer lending has seen dramatic growth in Canada over the last few months, and a lot of activity within MaRS’ FinTech hub. David Orzel, Chief Commercial Officer at the TMX, gave the opening address before the discussion panel, made up of this amazing group of speakers:

Coming from the perspectives of FinTech startups as well as big banks, the panel addressed the growth in the P2P lending sector, the evolution of the FinTech ecosystem, and the stigma of alternative lending.

All of the participants agreed that the peer-to-peer lending sector (or the alternative lending sector as it is also known) does have a bit of a bad rep. Eva Wong said it best with her quote, “online lending in 2015 is what online dating was 4-5 years ago.” While the industry has gained a foothold in the popular consciousness, it is still working for general acceptance.

It is through partnerships with bigger banks that many smaller lenders see the opportunity to overcome that stigma, as well as a chance to add the power of bigger banks to their own FinTech efforts. Jeff Mitelman, CEO of Thinking Capital, commented on his partnership with CIBC, saying, “we see it as one plus one equals three.”

The banks see an advantage to partnering with FinTech companies as well, with Charaka Kithulegoda remarking, “We can’t do it all ourselves, we need partners.”

Everyone on the panel was enthusiastic about the growth potential of P2P lending in the next few years. Currently, the industry is largely self-regulating, as financial regulations have yet to catch up with the technology, so they don’t anticipate many hurdles from regulation, and some, such as Kevin Sandhu of Grouplend, welcomed the clarity and protection for consumers that increased regulation would bring to the industry.

While all of the panel agreed that the growth of the P2P lending ecosystem was a positive feature, they stressed that the real challenge was keeping focussed on the consumer experience and not just developing technology for the sake of it. Alternative lending grew out of genuine unmet need in the Canadian financial services sector. However, the average consumer doesn’t want 40 financial apps from different companies on their phone. The speakers from both Grouplend and Tangerine spoke about the idea of ‘rebundling’, where consumers can get more of their financial needs filled through a better experience with one company. Many of the panel (and moderator Adam Nanjee) agreed that a convergence in the industry could be the logical result of a focus on the customer. 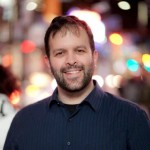 Alex Conde works in digital marketing and has a passion for technology and startups. You can find him online at @alexconde.