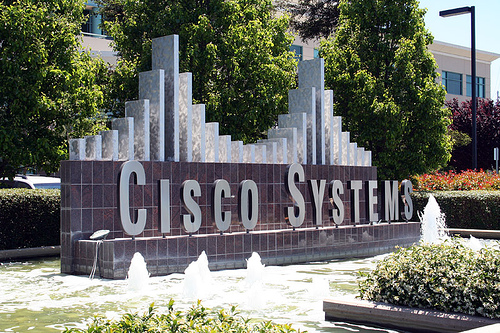 Earlier today  I wrote for The Financial Post that Cisco is reportedly interested in entering Canada as a limited partner, with some venture capitalists estimating an investment as high as $100 million. Here’s the entire article:

Canadian venture capitalists have long been lobbying for increased corporate investment north of the border and one notable U.S. firm may break the ice. Several Canadian investors are expecting Cisco Systems to enter Canada as a limited partner, for upward of a $100-million commitment.

Cisco is “working on an announcement for the relatively near future,” a representative from the San Jose, Calif.-based mulitnational corporation confirmed.

Such an investment would be welcomed by Canadian venture capital firms and major fund-of-funds, alike. Cisco could choose to join the federal government’s Venture Capital Action Plan 2013, in which the Conservatives are trying to earmark an additional $800-million of private investment money or could choose to create its own fund.

Whatever route the company ends up taking, several venture capital firms raising new funds will be pursuing that money. Among the reported front-runners are Summerhill Ventures, Celtic-House Ventures and Round 13 Capital. All three companies are Toronto-based.

John Eckert of Round 13 Capital said that a number of venture capital firms “are knocking on Cisco’s door and we would obviously love to be chosen as a partner.”

He says Cisco investing in Canada would be “incredibly impactful.” Such an event would represent strong validation for Canada as a strategically important centre of technology innovation.

“It would have a massive effect and I think that there are other institutional investors who have been sitting on the sideline that will look at it and think, ‘maybe its something we should look more closely at,’ ” Mr. Eckert said.

John Ruffalo of OMERS Ventures, the venture arm of Canada’s largest pension fund, agreed with Mr. Eckert’s sentiments. While Cisco’s entrance could trigger other corporates to come into the market, he said it also solves another, more pressing need. “The challenge in Canada has been that there are so few limited investors in funds and the one major untapped opportunity is large corporate,” he said.

Having too few partners has been a reality for Canada’s two largest fund-of-funds, the federally backed BDC Venture Capital and Teralys Capital, the largest technology-focused fund in the country. Teralys estimates it has committed $1.5-billion in venture capital to Canadian funds.

Jacques Bernier, head of the Montreal-based group, said while the U.S. has experienced a large recent trend of luring corporates to invest as limited partners, Canada hasn’t had as much success. So much so that industry competition from the likes of Cisco would be “very, very important to us,” he said.

“Any new LP that comes up in the marketplace for us is not competition, it’s partnership. It could make our lives so much easier,” Mr. Bernier said. “For the last four years we went through the desert and there weren’t too many partners to play with us. In every fund that we’ve done we’re always the largest investor, always the lead to make the fund happen.”

Mr. Bernier expects the earliest investments from Cisco’s fund will come in 2014, and the prospective recipients will be lining up. “Everyone is trying to get that money,” he said.

Cisco’s motivations for investing in Canadian technology range from the obvious to the subtle. Some investors have speculated that the company is looking at an investment in the country as a more desirable option than facing heavy taxation laws in the United States. On paper, a large investment should bring desirable returns, as well as a constant monitor on Canada’s latest innovation. But Mr. Bernier said, it also serves a political function: “If you do a deal into that kind of setup obviously its beneficial globally.”

Mr. Eckert, however, said the company “truly believes in the Canadian technology industry.

“They understand it’s very vibrant, they have operations spread out throughout southern Ontario and they have plans to expand.”

Sunil Sharma, who recently launched STEM 7 Capital with fellow investors, said part of the Toronto-based global investment firm’s work will be in trying to convince foreign corporates to invest in Canadian funds. There needs to be more capital than government funds to make the tech ecosystem work, he said.

“Its really hard, it takes a tremendous amount of time and only a small handful of funds have been able to do it. And that’s why we need more and not less,” Mr. Sharma said.

“We want to encourage more corporate investment into early stage riskier technologies. It’s a mutual interest because these corporates need to be keenly aware of what types of disruptive forces are out there that could be affecting their own business models.”

When corporations such as Cisco invest in Canada (and it’s well done) it’s a win-win situation for all, Mr. Bernier said, adding he hopes Canada is staring directly into one of those scenarios.

“For us it’s very important because we believe they can help the venture funds to invest in the things that matter to them and help the entrepreneurs build companies in the right direction,” he said.