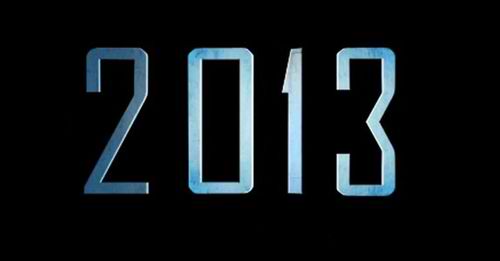 The BetaKit family decided to put its heads together this week, and we came up with the ‘BetaKit 10’ for 2013. We wanted to make a list of who we thought were the ten biggest winners in the tech startup space for this entire year.

The winners could be anything: a startup, a single person, a venture capital firm, or a piece of hardware, even a city. We left nothing out of bounds. The winners were selected based on achievements, innovation, usefulness of the product, impact on the community and to a much lesser degree, amount of money earned or raised.

Hootsuite gains automatic street cred for raising the largest amount of venture capital in Canadian history. On August 1 the company took on $165 million in a massive round led by Insight Venture Partners, Accel Partners and OMERS Ventures. In October the company announced that it surpassed 8 million users while growing its revenues by 150 percent. Following the funding, Hootsuite went on a hiring rampage and ramped up efforts on targeting clients in Asia-Pacific.

On Monday the company was named to Mashable’s Winners of Tech 2013. With all that money 2014 will be a year of heightened expectations and pressure to perform such as one would be expect to after raising $165 million. Founded in 2008, the company now employs 370 people, with almost 50 hires in Q3 alone. -JC

Otherwise known as “#300-128 W. Hastings, Vancouver, BC”, Launch Academy is a Vancouver-based startup hub featuring a respected accelerator in GrowLab, which should be wrapping up its Fall 2013 cohort now. Launch Academy recently signed partnership deals with Microsoft Ventures and the Business Development Bank of Canada (BDC), both of whom will help out entrepreneurs working at the space.

Led by Ray Walia and Mike Edwards of LX Ventures, the space features a diverse group of innovative startups across some of the fastest growing trends, including Cognilab, Picatic, Shnarped Hockey, Instaradio, Retsly and more. -JC

The University of Toronto, Rotman School of Management’s eight-month bootcamp program makes the list for many reasons. The biggest one for me is the fact that many of the game changing wearable tech companies also on this list came out of their first cohort – namely Bionym and Thalmic Labs. Creative Destruction Lab’s inaugural year resulted in eight successful ventures creating over $65 million in equity value.

The secret sauce behind this U of T venture lab is the mentors dubbed the Group of Seven Fellows or G7 which this year includes Ted Livingston, co-founder and CEO of Kik and quantum computing company D-Wave’s founder Dr. Geordie Rose.

Twitter CEO Dick Costolo will be speaking at FounderProject’s event tonight, held simultaneously in Montreal and Toronto, so something is definitely going right for the Montreal-based movement. Oh, and Box’s Aaron Levie will speak too.

In 2013, things have moved rapidly for this student-run venture capital firm, run by McGill University alumni Ilan Saks, who previously worked at Real Ventures. The entire fund has yet to be fully raised, but 2013 has seen FounderProject engage thousands of Canadian students, an initiative that’s never been done in this country. It was founded eleven months ago, and since then FounderProject has held 13 events for student entrepreneurs, brought on team members from 13 Canadian universities and led to the creation of 160 student startups (six of which received venture funding).

Saks has similarly created a brand for himself, guest posting here on BetaKit as well as the Huffington Post yesterday. Tonight the firm is holding its biggest event yet when a few high profile name in the startup world will address the crowd in both Toronto and Montreal. -JC

Hard work pays off. Under the guidance of Amar Varma and Sundeep Madra, Xtreme Labs had etched out a positive image over six years, and built a solid reputation for its mobile agency. Then in early October the firm was acquired for $65 million by in cash by San Mateo, California-based Pivotal. Extreme Labs has built apps for Microsoft, Groupon, IAC and others.

Now under the Pivotal umbrella, the company leverages a unique process – Discovery, Product & Performance – to solve the most challenging problems in mobile for its customers. Through ongoing innovation, Xtreme Labs takes pride in helping its customers identify new revenue opportunities and demonstrating the value of mobile. The company develops mobile experiences across diverse industries including banking, media, retail, enterprise and health care. -JC

In a time when some seed-stage venture capital funds are dissipating, Real Ventures has quietly gone about their business, stoking the early-stage startup fire for years now. Whether that be through the FounderFuel accelerator program or other funding announcements, the firm has commanded respect for being dedicated to the young companies that face a shortage of Canadian capital in general.

Through 44 portfolio companies, the firm has made an average investment of $185,000. Most recently it led a $1.6 million funding round for Toronto-based edtech startup OneClass.

The firm was recognized a few months ago in late September when the government of Canada announced that it would inject $50 million into four high performing funds as part of the Venture Capital Action Plan (VCAP). Real Ventures was named one of the four, gaining $10 million to go towards the firm’s third fund. -JC

4. The Region of Kitchener/Waterloo

Even as BlackBerry ails in its proverbial death bed, Waterloo continues to shine. If anything, many top employees from the former smartphone giant went on to lead other startups in the region.

Whether its the city’s startup scene being documented in a new film, Communitech joining the global Google for Entrepreneurs Tech Hub Network, or Jack Dorsey opening a new engineering office for Square, Waterloo made a big jump in 2013.

The region’s main tech hub, Communitech, routinely churns out cohorts of high potential startups through the HYPERDRIVE accelerator program. Meanwhile, the University of Waterloo has similarly made tech headlines, whether it be hiring Canadian astronaut Chris Hadfield to be a professor of Aviation or awarding four student startups $25,000 during this week’s VeloCity Fund Finals.

Many people outside of Canada think Waterloo is the nation’s tech epicentre. And after this year they may be right. -JC

The MYO is a wearable device that is finally bringing to life the “Minority Report” experience we geeks have been drooling over since Tom Cruise put on those gloves in the epic 2002 Sci-Fi/crime film. The gesture-control armband is set to change the way we interact with any connected device but freed up of any wires or need to stand in front of a camera to do so.

The game changing potential of MYO has earned Thalmic Labs a spot on various tech lists this year including Popular Mechanics’ Breakthrough Awards and PwC’s Vision to Reality Awards. Amidst all the recognition, Thalmic Labs also successfully raised $14.5M in Series A funding back in June of this year.

Thalmic is getting ready to ship the alpha version of MYO in the next few weeks to a lucky group of developers and partners. The developer kits and production devices are set to ship in 2014. -TE

Outpost Travel’s story started out with one of its cofounders being labelled a hacker and cyber attacker by several, including the president of a large Montreal security company as well as several teachers at a Montreal CEGEP college. What followed in 2013 for cofounders Hamed Al-Khabaz and Ovi Mija was all of the following: the launch of the first, comprehensive peer-to-peer travel aggregator site in Outpost Travel, the raising of a venture capital seed round, a Paypal email worth $500 personally sent from Silicon Valley super angel Dave McClure, and a lot of press.

Indeed, the Montreal startup’s beginnings were humble, if not troubled. In January The Financial Post reported that Al-Khabaz and Mija, students at the time, discovered “sloppy coding” in Dawson College’s Omnivox software that contained students’ information. Skytech, who developed Omnivox, accused him of a “cyberattack,” and the college expelled him for a “serious professional conduct issue.”

But in July I covered their triumphant launch of Outpost Travel, which was followed in September by the company announcing it was the biggest aggregator for peer-to-peer travel on the web. Early last month the company announced the raising of a small seed round, and was even invited to the C100 event in Toronto to pitch their vision. Needless to say, the pair of cofounders haven’t looked back since January. -JC

Bionym isn’t just building a wearable tech item; its building a game-changing platform. And when it comes to passwords and digital security Bionym isn’t interested in creating a better mousetrap. As the company behind the heartbeat authentication bracelet, Nymi, Bionym is clearing the deck and changing the security game completely. This is especially refreshing in a time when big players are looking to some obvious alternatives like fingerprint scans and two-step verification.

But the Nymi isn’t just a wearable bracelet that will make it easier for you to access your email. It’s a technology platform which will change the way we unlock and access any connected thing, entirely relevant as we enter the age of the Internet of Things. Think cars, house doors, hotel rooms, smartphones and even your bank account.

Earlier this year, Bionym closed $1.4 million in seed funding and opened up pre-orders of the Nymi for their first batch of 25,000 units expected to ship in early 2014. Bionym was also honoured in this year’s PwC Vision to Reality awards as one of the Top 10 innovators of the year. -TE

Best Buy Mobile offers the best choice of phones and networks, informed and impartial advice, and a free upgrade check. You can now find Best Buy Mobile at all Best Buy stores and as standalone stores in malls across the country. Learn more at BestBuyMobile.ca

Pixar has a special place in a lot of people’s hearts. It’s difficult to associate Pixar with being a failure; however, it is something…