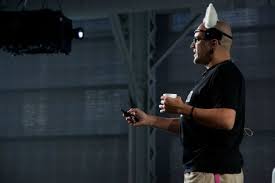 Terrasses Bonsecours is a large event complex located in Montreal’s Old Port, just a short walk away from the location the festival has claimed over the last three summers.

Such notable brands as Cirque du Soleil, Tesla and Cordon Rouge made a presence at the complex’s summer opening last Thursday. Startup Fest wrote on its blog that its new venue will “promote the Festival vibe like never before.”

“Terrasses Bonsecours is a multi-level building with unparalleled views of downtown Montreal, the Old Port, and the St.Lawrence seaway, saying themselves, ‘This place is infectious: The happy kind that gets you into trouble.’ Surrounding the spectacular building is a spacious park flanked by a lake and a seaway on all sides (pedal-boats included),” wrote Startup Fest. “Our keynote stage will be an outdoor amphitheatre, beautifully tented to provide some shelter from the hot Montreal sun. We will have plenty of room for our much-loved Tent Village, lounge areas, playgrounds, private walkways and awesome food trucks.”

The International Startup Festival is the Montreal-based startup event that happens every summer in Montreal, complete with keynote speeches, panel discussions, pitch contests, workshops and more. Founder Phil Telio has also recently started an “Elevator World Tour,” where 100 startup entrepreneurs are invited to a city to pitch investors during elevator rides. Thus far Startup Fest has held the event in Toronto and Tel Aviv, both with $90,000 investment prizes for the winner.

In fact, the third Elevator World Tour stop is slated for tonight in New York City.

You can check out more of the speakers here.