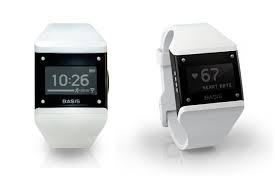 Although we published based on rumour earlier this month that BASIS Science had been acquired by Intel, the deal is now officially done.

Intel Corporation today announced that it has completed the acquisition of BASIS Science Inc., a privately held company and a leader specializing in wearable device technologies for health and wellness applications. BASIS Science created the Basis band, the world’s most advanced health tracker. The wrist-worn device and web and mobile service captures physiological metrics such as heart rate to help people get fit, sleep better and stress less. The financial terms of the deal were not disclosed.

Originally from Vancouver, Basis relocated to its current headquarters in San Francisco amid raising a total of $32.3 million through several rounds of venture capital. The company known as Basis Science designed a wrist-based health tracker and online personal dashboard that encourages users incorporate healthy habits into their daily routine.

The acquisition aids Intel’s new wearable products focus. It also brings access to new technology, and further expands the leadership team with people who have a proven track record of innovation in wearable device technologies for health and fitness applications.

“Intel is a great fit for Basis products, employees and consumers,” said BASIS Science’s Jef Holove, now a general manager in Intel’s New Devices Group. “The acquisition brings access to Intel resources, expertise and global scale as we work together to explore new possibilities of wearable technology. Meanwhile, keeping our existing team intact ensures we can remain focused on our mission of improving the health and well-being of people.”

The company currently commands about seven percent of the market, a bit under Jawbone’s 21 percent. Techcrunch said Intel was vocal about its interest in the wearable tech market at this year’s CES conference. The news blog see’s this purchase as an attempt to further its presence in the space.

Also according to the blog, Intel is in the middle of a race with Qualcomm, Texas Instruments and STMicroelectronics to be the main supplier of chip sensors for wearables. “But by acquiring Basis, it gains access to a team that has built one of the most powerful and comprehensive wearables to date, which it then can set upon its own designs,” wrote techcrunch.

Intel’s vice president Mike Bell said that the acquisition gives Intel “immediate entry” into the market with a leader in health tracking wearables. “As we accelerate our position in wearables, we will build upon this foundation to deliver products that bring people greater utility and value. I’m confident that our collective resources and expertise positions us well for the future.”