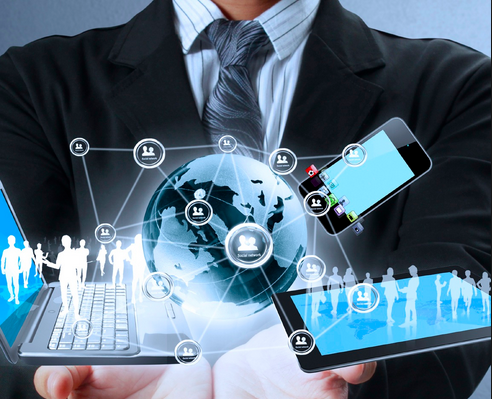 Scott Bonham is saying that industry leaders in Canada should be looking at Silicon Valley, and even in their own backyard, for inspiration. The partner at GGV Capital and co-chair of the C100 took to the Financial Post recently to argue that innovation is no longer for small companies, and bigger industry needs to start thinking like startups.

He’s also a board director at Magna International, the large Aurora-based automotive supplier, so he’s likely witnessed instances in which bigger companies should be thinking outside the box.

Embrace the Innovation Mindset, or how successful tech companies in Silicon Valley build their cultures around “disruptive thinking”. He gave the example of Alibaba, set to have the biggest tech IPO in history, and how it combined “Chinese ideas with Silicon Valley innovation principles and human management systems borrowed from corporate leaders such as General Electric to generate a highly successful entrepreneurial culture.”

Untapped potential– from Blackberry to Hootsuite, Canadians possess the talent for innovation. “Big business has already started borrowing from Silicon Valley’s culture of creative thinking, with industry giants such as Encana Corp. and Rogers Communications investing in innovation funds. These companies actively support disruptive thinking and the young, agile companies that emerge from these programs, to help build a healthier economic ecosystem for the entire country,” wrote Bonham.

Inviting innovation to the table– major players in Canada, like Bombardier, Tim Hortons, RBC and more are looking to their board of directors for new ways of thinking. “Google’s chief financial officer, Patrick Pichette — a Canadian export to Silicon Valley — provides an invaluable perspective on Bombardier’s board. Tim Horton’s newest board member, Chris O’Neill, transplants technology DNA into one of Canada’s most beloved brands thanks to his cutting edge role as head of Google Glass. Relay Ventures’ chairman, Geoff Beattie, also transmits the tech mindset on the boards of RBC Royal Bank and General Electric.”

Innovation at work– As a director at Magna, Bonham said that he’s providing the large company with a portal to Silicon Valley tech innovation, particularly in a time when innovations are making for better vehicles, while automotive manufacturers are combining cloud architectures with big data and mobile devices to transform the driving experience.

“Magna and other manufacturers are exploring cost-effective technologies that will make cars safer, smarter, cleaner, and lighter. This includes partnering with universities, research institutions, venture firms and startups around the world to develop solutions to well defined problems and make breakthroughs in manufacturing, artificial intelligence, robotics, sensors, and energy efficiency.”

Opportunity to lead– “Canadian companies “have the potential to move the needle on a global scale,” wrote Bonham, and strategic partnerships with international innovation hubs will get us there faster.

For people who have extensive media libraries on their desktop or stored in the cloud, finding a way to easily stream music and other…