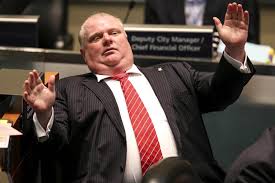 The show is being put on by Extreme Startups, Google and reBOOT Canada, and will be livestreamed here on the Canadian Technology Leaders YouTube channel here. The event runs from 5 PM to 10 PM.

“Our ambitious goal is to bring the top 100 Technology Leaders together under one roof to exchange XXXL-sized ideas that will be the rocket fuel for Canadian innovation and global technological preeminence,” reads the event’s website.

Don Tapscott, the author of MacroWikinomics and Wikinomics, will give a closing keynote address. The event see

McDonald told Global that the concept for the awards came from the “need to recognize Canadian leadership.” He showcased some tech for Global in this article, including a brain-sensing headband that measures brain activity and practice relaxation, as well as a “4D” printer.

“Both in terms of people that’ve done great things in the tech sector as well as startups being incubated and creating great products,” he told Global. ““We’re going to be exploring issues surrounding the ‘Made in Canada’ story for technology, and at the end of the night we’ll be presenting three awards to three Canadian technology leaders.”

A panel of 60 notable judges (including Ford, Tory, Chow and several Canadian tech leaders) will choose “the individual who has made the most meaningful contributions over the course of their career in developing Canada’s media, science and technology ecosystem.”

One of the nominees is Elaine Lui the host of CTV’s “The Social.”

The other five nominees represent more of the “science and technology side”, including Geordie Rose, founder of D-Wave Systems, Bob McDonald host of Quirks & Quarks, Jesse Hirsh, cofounder Academy of the Impossible, Claudiu Popa, CEO of Informatica and Ariel Garten, founder of InterAxon.

Is your startup ready to do business in China?

“Doing business in China is like dog years in comparison to business in Canada,” says Allison Boulton, International Advisor, Small Business BC. “It moves…