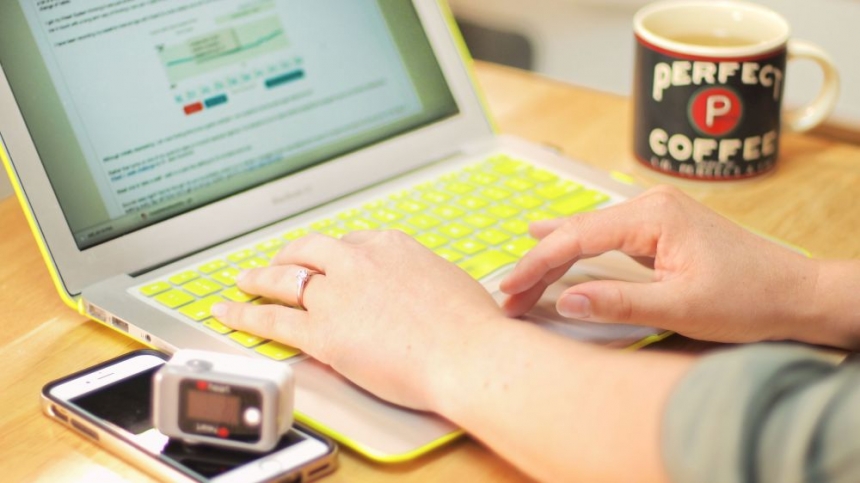 To paraphrase the celebrated futurist (and occasional Vancouver tech event keynote speaker) Ray Kurzweil, biology is a software process – and we’re all walking around with software that’s more than a bit outdated.  Hence, there’s an increasingly rapid proliferation of health-focused mobile apps helping us overcome the limits of our biology and environment.

Two standouts on the west coast scene this month are iHeart, which aims to measure your internal age (i.e. You might be 55, but your heart — well, that’s another story) and Headcheck Health, a concussion management and identification tool. Both are getting some good traction (and even international recognition).

The racing pulse of a HealthTech startup

iHeart (under the VitalSines company name) will be heading to the Global Entrepreneurship Summit hosted by U.S. President Barack Obama at Stanford University later this month, an event that will be a hub for ideas that positively impact the world. They’ll be just one of 11 Canadian companies invited to showcase this country’s most innovative entrepreneurs, edging out competitors from 4,500 applications across 150 countries. This comes after a number of published medical studies into aortic stiffness (which iHeart measures) bearing out the device’s use case. These newly-released studies show that the phenomenon is a proven risk factor for heart health and cognitive decline in younger individuals, not just people in an older cohort – all the more reason for people to start checking this factor using the latest technology.

“I’ve surrounded myself with mentors and advisors who are so helpful. That may be a key to some of the success we’ve had.”

It’s significant traction for a tech startup that remains “super-lean,” notes CEO Sarah Goodman. The company checked early on whether the market was even ready for their concept with a successful Indiegogo campaign that raised $26,000 in just 40 days. In the last 15 months, the startup has cleared $190,000 in sales and has found international distributors in Japan and the UK. They’ve recently developed a commercial version of their iWear device for doctors to show they’re making a difference.

For the young CEO of a young tech startup, the arduous task of finding a niche and actually winning some recognition has been all-consuming – but highly rewarding. “I’ve surrounded myself with mentors and advisors who are so helpful,” Goodman says. “That may be a key to some of the success we’ve had. I’m very coachable and if someone tells me how I can improve something, I’ll do it.”

Running iHeart in a lean way when it comes to marketing, branding, fundraising and all of the other aspects of getting a startup off the ground has been a challenge – but Goodman has taken care not to run herself ragged. “You can burn out so quick. You see these stories of people raising millions for their startups, but you don’t hear the bad parts that go on behind the scenes.”

Checking in with HeadCheck Health

Your star right winger just got clipped hard into the boards on that last shift and he was seeing stars when he came off the ice – at least, that’s what it looked like. Is he still good to play out the rest of the game, or is he done for this outing (and potentially, for the season) thanks to a concussion? This is a common situation for plenty of sports teams, from juniors all the way up to our biggest professional franchises – and concussions are taken far more seriously now than they were even a few years ago. It’s a huge challenge, all around.

To give coaches and athletic trainers a modern tool to help them make fast decisions while minimizing risks to players’ health and team performance, HeadCheck Health was born about a year ago, founded by UBC students Kerry Costello and Harrison Brown. This month, it’s finally available through the iTunes App store. “That’s a significant milestone, now that we have revenue from paying customers,” said Brown, co-founder and CEO. “An Android version is also in the works.” The app allows users to perform sideline concussion assessments with players in just five minutes, about half the time it normally takes (sometimes with paper-choked binders that may or may not be up to date). The app allows teams to keep updated, relevant baseline information at their fingertips while they’re on the bench, so they can compare previous assessment results under optimal conditions to what’s happening with a player after a traumatic event.

After making some headway in the local sports team marketplace (They just landed UBC Varsity Athletics as their first, high profile customer), they’re now looking to expand across Canada and across all tiers of sports associations.

The success they’ve had so far also comes from running a lean operation, Costello notes. “We’ve been prudent with our dollars to focus on having a good product for the right people.” Like Goodman, she also points to the importance of having people on your side ‘who have been there, and done that’. “There are so many resources out there, it’s easy to get lost. Having a great mentor helps… I wouldn’t be here without some of the mentors in my life, who have had an impact both formally and informally. It’s about finding inspiration.”

Vancouver FinTech company Mogo has reached a deal to increase its ownership position in Coinsquare for the second time since February, while also gaining…