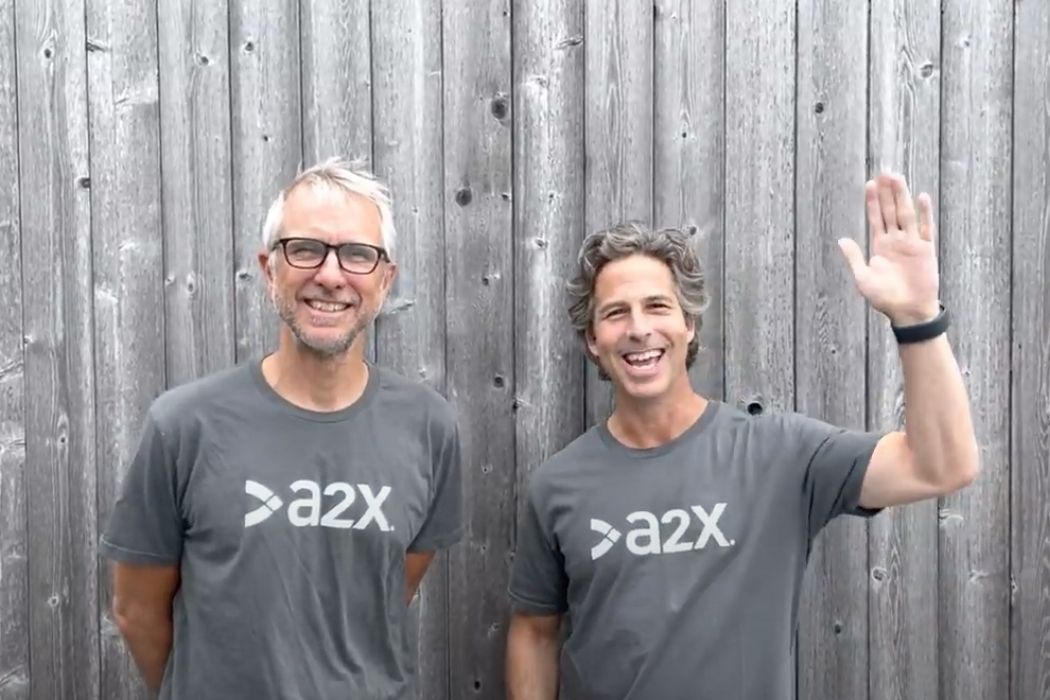 New Zealand’s A2X Accounting is drawing on Canadian talent to help scale its company to Shopify size. The global e-commerce accounting software firm has brought in Hubdoc co-founders Jamie McDonald and Jamie Shulman as CEO and head of accounting, respectively.

Joining them in the executive suite is Dave Resnick, the former global director of Shopify partnership at Google. Resnick is working as A2X’s chief commercial officer.

“The complexity of accurately doing that accounting creates a big opportunity for us. I think we’re well-positioned to win the category.”

A2X automates revenue accounting for e-commerce merchants in large ecosystems, such as Shopify, Amazon, eBay, and Etsy. “It’s complicated to accurately account for your revenue, and the company has built a product that automates that,” McDonald said.

McDonald called joining A2X a giant opportunity. “It’s hard to believe, but I think the Shopify app ecosystem is still misunderstood, and there’s going to be billion-dollar companies built inside it. In the same way, Klaviyo is building the customer-facing tools, I think we can build the e-commerce back office,” he said.

Klaviyo is an e-commerce platform within the Shopify ecosystem, and is valued at $9.5 billion USD ($11.7 billion CAD).

Shulman will concentrate on taking the A2X process and business to merchants in the accounting and bookkeeping community, while McDonald works with the product and engineering teams to build out the product.

“There’s half a dozen companies that build connections between these platforms. We’re the largest,” McDonald noted. “Given the complexity of selling online, we think every business is going to have an online component in the future. Many of those merchants are going to sell through multiple channels, the Shopify store, on Amazon, and the complexity of accurately doing that accounting creates a big opportunity for us. I think we’re well-positioned to win the category.”

McDonald and Shulman got to know A2X when they sold Hubdoc to Xero in 2018 for $70 million USD ($86.9 million CAD) in a cash and equity deal. They kept in touch with the founders, and started actively working together at the beginning of 2021.

“When we started working with the founders earlier in the year they saw an opportunity with us to help scale the business and just make it bigger,” Shulman noted.

Shulman said he and McDonald fell in love with A2X when they realized the company’s product was not only top of mind, but also the people behind it. “We see that combination of people and product, and when you get that right, magic happens.”

The new positions are not without their challenges.

Shulman said that the e-commerce space is exploding, but because it’s happening so swiftly, it’s new to many of the accountants and bookkeepers. “One of the challenges is having them understand how to get their books done properly and doing that quickly,” he said.

For his part, McDonald said his challenge is one that many tech firms are dealing with these days: how to attract and retain the best people. He wants to create a team experience that gives employees a sense of shared purpose. “The challenge will be how do we do that in a distributed, remote world and what are the changes? I’m excited for that kind of learning journey,” McDonald added.

RELATED: Hubdoc raises $6 million to remove the administration from accounting

Founded in 2014, A2X has a staff of around 60 people. E-commerce businesses using A2X around the world have processed over 700,000,000 orders and reconciled over 3,000,000 settlements, the company claims. Its solution is used in the United States, the United Kingdom, Canada, Australia, and New Zealand.

A2X was created to solve a problem that the founders lived with every day: accurately reconciling revenue from their Amazon store to Xero was complex and time-consuming. So Grey and Schroder built software to solve that problem. They took sales data from Amazon, categorized it and created a journal entry that matched a bank deposit in Xero, helping them save hours a month and improve the accuracy of their accounting. Hence the name A2X, Amazon to Xero. A2X currently supports Shopify, Amazon, eBay, Etsy, and Walmart

Now as A2X strives to become a larger company, McDonald sees an opportunity to build a company “that is big and important, and drives value for customers, but also to do it in a capital-efficient way.”