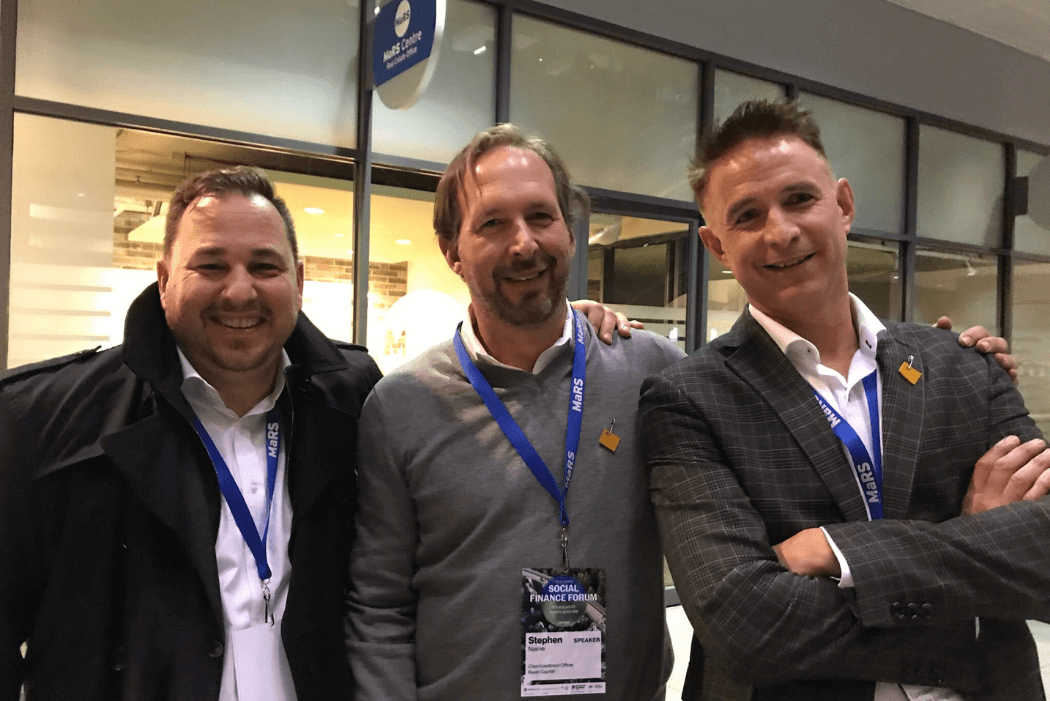 Raven Indigenous Capital Partners is one of the first, if not the first, Indigenous-led venture capital firms in North America. Fresh off the final closing of its $25 million initial fund, the firm is now looking to write $250,000 to $2 million cheques into purpose-driven Indigenous-led enterprises.

Speaking to BetaKit, Paul Lacerte and Jeffrey Cyr, both Managing Partners at the firm, explained what it means to provide capital for the Indigenous entrepreneurship community and how they assess investments for both Indigenous community impact and financial sustainability.

Indigenous Peoples in Canada have long faced systemic barriers to things many Canadians take for granted, including low participation in the entrepreneurial ecosystem as a whole, limited representation in technology-enabled enterprises, and limited access to venture capital.

“One of the realities of the Indigenous investment ecosystem is that it’s a thinly populated space,” said Cyr.

“There’s a fair amount of loans and debt-based capital that’s available,” said Cyr. “But it’s our belief that in the innovation space you need a different type of capital.”

RELATED: Raven Capital wants to invest in the Reconciliation economy

Lacerte added that firms like Raven providing equity capital versus debt is crucial to economic reconciliation in Canada because equity capital “really allows the entrepreneur to put the capital to work” versus needing to immediately extract cash to pay back debt with interest.

Lacerte said that Raven’s new fund has a 10-year time horizon and expects to see companies begin exiting within four to seven years. Given that commercial debt options currently available to Indigenous entrepreneurs often require payback within 30 days and full repayment within three years, Lacerte is confident that a longer time horizon will give more time for both community and financial impact.

Given the many barriers Indigenous entrepreneurs face, Raven had to be very intentional about building what it calls relational capital with Indigenous Peoples.

“We take a lot of time as an Indigenous firm to build trust-centred relationships with each portfolio company and be patient in our approach as a VC fund,” said Cyr. “We try to meet entrepreneurs where they are at.”

This approach has worked well so far. Raven has already led and deployed investments into seven different Indigenous enterprises, just over half the fund’s goal of 12 investments. And while Raven doesn’t require being the lead investor in a round, Cyr said that Indigenous entrepreneurs want them to lead because of the time spent building relationships.

“Most capital has not been friendly to Indigenous enterprises to date,” said Cyr. “The entrepreneurs want us to lead. There’s a strong relational trust factor that comes from the shared experience of Indigenous peoples.”

Investing for impact and financial gains

When it comes to selecting investments, Raven assesses the potential Indigenous Peoples impact that an enterprise could have before starting commercial, legal, and financial due diligence.

In particular, the fund looks at seven criteria to assess how enterprises can:

Once an organization proves they are capable of delivering targeted impact across these criteria, the fund will start talking about business models and investment terms.

While Raven is an impact-first fund, it also invests for financial return, and Lacerte said investors trust the fund to deliver. Cyr added that Raven expects to deliver at least six to eight percent compounded annual returns, noting that “you don’t necessarily sacrifice the economics” to get impact, but instead that Raven wants “people investing who are values-aligned with us.”

“We’re an impact-first fund,” said Cyr. “I think that says it all.”

The reason the fund doesn’t chase higher returns – Cyr said the average VC might look for returns in the teens or above 20 percent annually – is because the fund is focused on economic reconciliation and re-thinking the distribution of risk and return among investors, the General Partner, and portfolio companies.

For Raven, the community impact is part of the overall fund ROI alongside a healthy return.

“We’re an impact-first fund,” said Cyr. “I think that says it all.”

Lacerte said this impact mission has been crucial to bringing investors to the table. This included the TELUS Pollinator Fund, which Cyr noted became a limited partner in the fund.

Lacerte said the partnership with TELUS Pollinator has been “fantastic,” noting that the organization investing in an Indigenous-led fund is a powerful statement towards economic reconciliation. He also mentioned the opportunity for co-investment between Raven and Pollinator, which he said is “important and exciting.”

With Fund One’s allocation of 12 investments already more than half-filled, Cyr and Lacerte are looking to what’s next. They have around 18 months left to make fresh investments, leaving ample time and capital to invest in future rounds with Raven’s portfolio companies.

In the meantime, Cyr said Raven is already planning to commence raising a second $50-75 million fund next spring.

“We have created Canada’s first Indigenous-owned impact investment intermediary for the express purpose of facilitating the flow of capital towards solutions in the Indigenous space,” said Lacerte.”

Learn more about the TELUS Pollinator for Good Fund!
impactSponsored