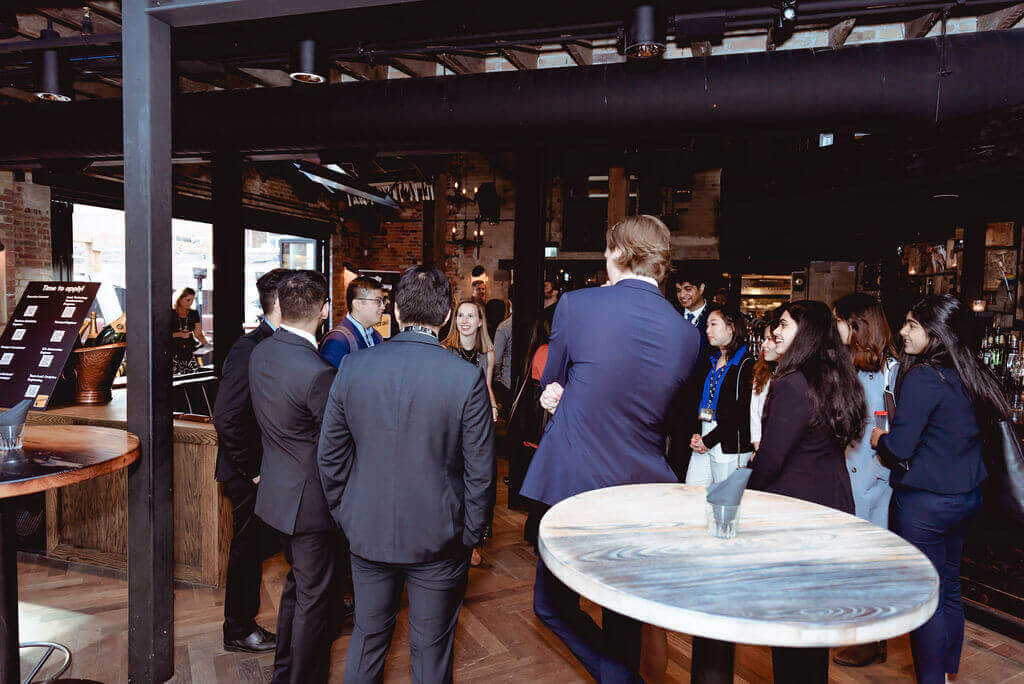 Interac is one of the most well-known companies in Canada. Its products, from the consumer-facing Interac e-Transfer platform to other payments solutions, impact most Canadians on a daily basis. But like every company big or small, Interac is always looking for new and creative ways to recruit the best possible talent from a diverse range of backgrounds and experiences.

So, when the two priorities – inclusion and talent – came together at the brainstorming table, the result was a totally new candidate funnel.

Two leaders from Interac – Kikelomo Lawal, Chief Legal Officer and Diversity & Inclusion (D&I) executive champion, and Caroline Stephens, Chief Human Resources Officer – spoke with BetaKit about how the company built this new funnel, how it embedded inclusion into the entire process, and how candidate feedback is encouraging the company to use the process in different areas of the organization’s recruitment strategy.

Lawal is the executive sponsor of the diversity and inclusion activities at Interac. Naturally, that brings her into HR discussions, since a part of D&I is to recruit and retain amazing talent from a variety of backgrounds.

Lawal’s goal is to create an environment where diverse thoughts and experiences thrive, and perspectives and ideas are not only welcomed, but encouraged. As a result, the D&I and HR groups came up with the idea to host a recruiting event, using it as leverage to draw in diverse candidates. Stephens, as the executive that leads the recruiting function, was on board.

“[The process] was actually dual purpose,” said Stephens. “One was… how can we do it differently and see if we can find people who, by nature of the recruitment process, demonstrate that they think differently? And secondly, from a D&I perspective, how can we ensure that we have a diversity of thought – not just [people] who think differently but also how do you bring people from different walks of life and different stages of their life?”

Interac was a partner of Elevate Tech Fest, which provided the perfect setting for an event because Elevate offered a “ready-made audience for folks who are in our space, doing innovative things,” said Lawal.

But the team had to act fast. At the time the teams brought the idea of a hiring event forward, Elevate was only two weeks away. This put the team into hyper-drive, with many people from both the D&I committee and the HR team thinking about how the whole process could be done differently. With only ten business days to get candidates in the funnel, Stephens was concerned about the limited time to go through the usual recruitment marketing channels.

Instead of delaying, the team pushed to get creative. They put their heads together to find a creative way to successfully engage a large enough qualified candidate pool.

Lawal wanted to host at Elevate and was confident she could find “people who go against the status quo and think differently. [The event] is a representation of what we have here and what we’re trying to attract.”

Channelling unconventional recruitment methods, Interac put out a social media call for applications on a one-year rotational associate program. The job would offer the successful candidate three months each in four key business areas at Interac, giving exposure to how a FinTech company runs. Framing it as a recruitment ‘challenge’ over just a job application, Interac challenged candidates to show them, in the most creative way possible, why they are qualified for the position.

In total, over 250 people applied through the organic social media post – Lawal said the company did no paid promotion on the challenge. Stephens said the HR team was worried that they didn’t have enough time to find quality candidates, but “once we got the first 200 submissions, we knew we were on the right track.”

Applications rolled in in the form of doodle animated videos, animated digital resumes, experiential walkthroughs, and more. The HR team scanned applications, taking the initial 253 applicants down to 40, who then went through additional screening.

Only 15 people got invited to the Elevate event, where they got the chance to participate in three unique interview experiences. Between mingling with Interac employees and other Elevate attendees, candidates were called over to different stations throughout the event venue.

Station one was an individual assessment done via iPad, which Lawal said, “takes away some of the subjectivity” of traditional interviews.

Then, candidates moved into another private room, where they listened to pre-recorded video questions from Interac CEO Mark O’Connell. They had one minute to think about their answer and then recorded a video response, which went to the HR team. The third and final interview station was a group interview, where 3 to 5 candidates who had not previously met sat together on a couch and were presented with group challenge questions. The group interview was an integral part of the process, allowing the moderators – who were also Interac employees – to observe interpersonal dynamics amongst the candidates.

The event not only gave the Interac team the chance to learn about candidates holistically with the three stations, the public nature of the event also showed how candidates interact with other employees and the general public. This gave Interac a well-rounded understanding of the candidates, which the team used to bring the 15 down to 4 candidates who were invited to interview in-person at the Interac office.

Beyond the benefits to Interac of an efficient funnel, Stephens and Lawal were both excited about the feedback from candidates.

“The feedback we got from the 15 candidates was the best that we’ve ever seen,” said Stephens. Despite half of Interac hires coming from referrals, Stephens said that the new process offers more ROI for the HR team.

“We plan to use this new process initially in some of the larger group hires,” said Stephens. “So, for example, we don’t just hire one developer – we hire ten … and when you think about it from a cost perspective and from a timing perspective, you reap the return on your investment ten-times over because you can get that many strong developers in the same social setting, going through the same rapid interview process, where you have an opportunity to observe them in action as well as look at their technical capabilities.”

BMO and the DMZ at Ryerson University have announced the winners of the DMZ-BMO Fintech Accelerator Demo Day. Of the four finalists, Viviplan, a…