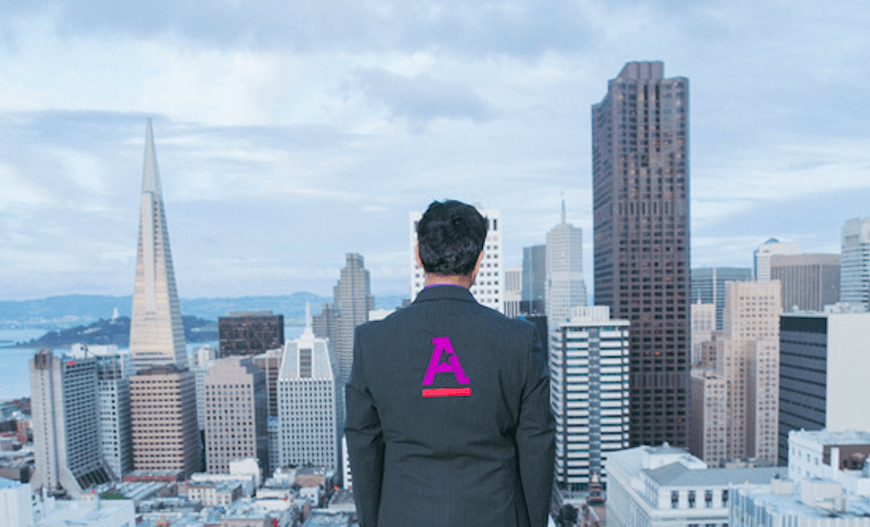 As part of an ongoing series powered by Espresso Capital, Betakit will feature founder stories and the skills needed to grow the next generation of Canadian tech companies.

Razor Suleman is well aware of the social validation that comes from raising large amounts of capital. In an industry where funding milestones are seen as markers of success, tech founders often chase the prestige of having the right name on their cap table.

“It’s the feeling that you get when a VC tells you, ‘you’re a great entrepreneur, you’re special’,” Suleman said. “For me, it was Sequoia Capital.”

“Sequoia says ‘we have Steve Jobs and Larry Page and we want to give you money, Razor, because you’re like them’.”

While perhaps not quite at the level of Steve Jobs or Larry Page, Suleman’s work with employee rewards and recognition startup Achievers carries all the hallmarks of a tech success, selling after eight years to Blackhawk Networks for $150 million CAD. Young founders are often drawn to these success stories, but Suleman offered a word of caution, recommending less attention to big exit numbers and more on the funding decisions made before the exit that can impact business strategy and founder control.

Following at the time what he thought was the Valley playbook, Suleman said he chose VC validation over the principles he had initially used to build Achievers.

“That decision cost me and the people that I love $20 million,” he said. “Don’t make the same mistake I did.”

Suleman was also once a young founder drawn to success stories. Gifted the book “The Google Story” for Christmas 2006, Suleman said he was “mesmerized” by the in-depth account of the first major tech IPO after the dot-com bubble burst. Living in Toronto, and like many founders at the time, Suleman became enamoured by Silicon Valley culture, and the power players fuelling it (Sequoia was notably an early Google investor). He finished the book on New Year’s Eve.

“If Sequoia gives you $30 million, you will be validated. They’ll want to write a book about you.”

“I put the book down, and sent out an email to ten of the people closest to me — my girlfriend, my mom, my mentors — and the title was ‘within 5 years…’. This is going to be Achievers one day,” Suleman said. “To give you context of how ridiculous this was, I had never even met a VC.”

An entrepreneur since he was 15, Suleman had to that point financed Achievers on two things: customer revenue and debt (via a bank line of credit and a term loan).

“Then I read the effing book,” Suleman said. “Society said that this was the gold star. If Sequoia gives you $30 million, you will be validated. They’ll want to write a book about you. And future Razors will be sitting here between Christmas and New Year’s doing nothing else but ripping through your book.”

With the allure of Silicon Valley “deeply planted in [his] subconscious,” Suleman lamented that he began to feel like “a loser,” working in the remote tech outpost of Toronto with a small team and “only” $2 million in ARR.

Within six months, Suleman raised $5 million CAD from Relay Ventures and friends and family. He raised $10 million CAD more from a Boston VC firm in 2009, and then a milestone $30 million CAD round from Sequoia Capital in 2011. One of the highest profile funding rounds for a Canadian tech company at the time, it came just inside Suleman’s 5-year window.

Suleman doesn’t regret taking growth capital at that time, because Achievers had found product-market fit with customers that loved them; it was time to grow. But he would do things differently.

“Burn rate is the burning of your equity, that’s what it smells like.”

“Look at it this way,” Suleman said. “Our institutional investors made about $90 million if you look at our exit price in Canadian dollars — $150 million CAD. The founder, management team, employees, friends and family investors — around 300 people — made about $60 million CAD in total. That’s the bucket I care about.”

“If I had simply diversified and taken one-third of my financing in debt with two-thirds equity, the people I care about would have made 35 percent more at the exit,” he continued. “I don’t care if Sequoia is richer, I care about my employees’ ESOP. That’s my $20 million mistake.”

Worse still, Achievers didn’t fully need all the money it had raised. When the company sold in 2015, $20 million of the $30 million from Sequoia was still in the bank. While superfluous liquidity might seem like a nice problem to have, the reality is that each equity dollar in the bank carries with it an extra cost to founders and early investors if not properly spent.

Suleman admitted that it is hard for founders to fully understand the ramifications of financing terms until well after the papers are signed. Until a founder exits, they might never realize that their earliest supporters and employees would “always be at the bottom of the waterfall” when it came time to distribute the proceeds.

The problem comes from a misunderstanding of the different incentives that drive entrepreneurs and the VCs that invest in them. “VCs choose to invest and structure deals based on tons of different dynamics,” Suleman said. “Not all of them are aligned to your interests.” Understanding those dynamics now, Suleman had clear recommendations for founders evaluating who they should jump into bed with.

First, while Suleman said that he would take money again from John Albright and Relay Ventures, he recommended caution to founders in chasing the allure of big brand names, noting that the common rubric – Boston and New York VCs are sexier than Toronto VCs, and Valley VCs sexier than Boston and New York – “is total bullshit today.”

“A dollar is a dollar from a VC. More important than the brand is a partner,” he said. “I picked Sequoia the brand, but got stuck with the wrong partner.”

Suleman also wasn’t expecting a pressure to spend from his VC partners. He was told expanding Achievers to the US would be expensive, so the company would have to increase spending to be competitive.

“VCs say you’re not spending enough, and that ‘dilution is the solution’,” he said. “But what you’re burning is your own equity, and every time you do a round you’re diluting more. Burn rate is the burning of your equity, that’s what it smells like.”

Having returned to Toronto after selling Achievers, Suleman said he hopes to provide support and guidance to a new generation of Canadian entrepreneurs. That means splitting time between promoting the Canadian tech ecosystem through events like Elevate TechFest, and paying his entrepreneurial windfall forward through angel investments and board positions with venture capital and venture debt firms (Espresso Capital being one).

BetaKit’s Growth series is brought to you by Espresso Capital.

No dilution. No board seats. No personal guarantees.

Clarity Adds $1.6M from 500 Startups, Mark Cuban to Be ‘Lifeline for Entrepreneurs’

BetaKit covered San Francisco and Moncton, NB-based Clarity, which lets anyone get access to entrepreneurial advice over the phone, when it hit 10,000 calls…