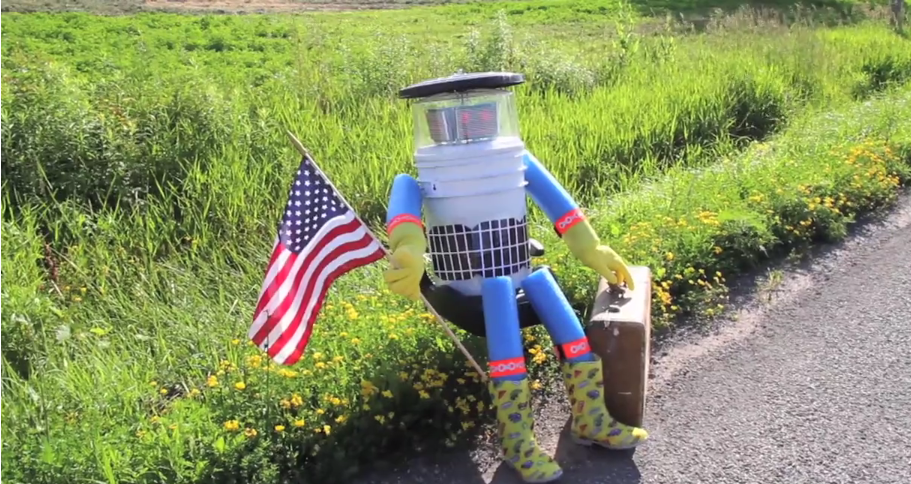 HitchBOT, the hitchhiking Robot developed by a couple Canadian professors, started his American journey on July 17th. However, unfortunately, the dream of hitchhiking across the United States came to an abrupt end as HitchBOT was vandalized — basically ripped apart — Philadelphia.

On its website, HitchBOT’s creators, stated, “hitchBOT’s trip came to an end last night in Philadelphia after having spent a little over two weeks hitchhiking and visiting sites in Boston, Salem, Gloucester, Marblehead, and New York City. Unfortunately, hitchBOT was vandalized overnight in Philadelphia; sometimes bad things happen to good robots. We know that many of hitchBOT’s fans will be disappointed, but we want them to be assured that this great experiment is not over. For now we will focus on the question “what can be learned from this?” and explore future adventures for robots and humans.”

HitchBOT was conceived in 2013 and previously ventured across Canada and Germany hitching rides to reach its destination.

In one of the more interesting stories we’ve come across this week, famed Canadian author and artist Douglas Coupland has teamed up with Roots…