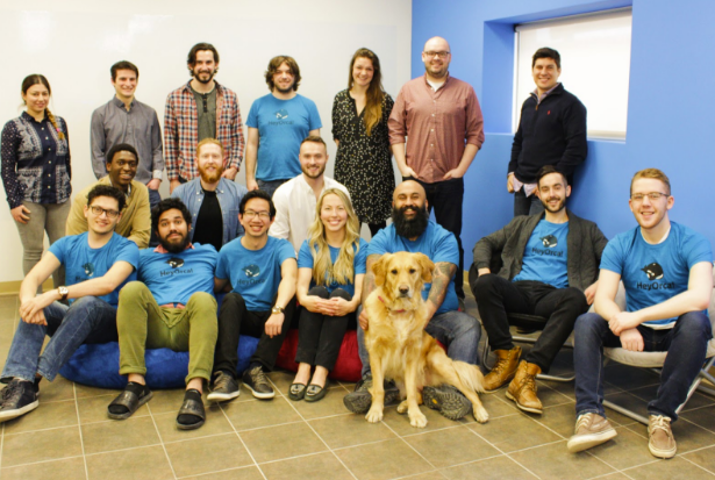 In total, the company has raised $2.65 million. HeyOrca’s platform targets smaller, independent marketing agencies, and allows them to generate visual mock-ups of social media content, and centralize all client approvals and feedback in one place. When the company started in 2015, CEO Joseph Teo said they were focused on building a client-facing solution allowing them to see all of their social media, and leave all comments and approvals, in one place.

As they scaled in 2016, they realized that client approvals were a bigger problem for their clients.

“We just have to be very focused and at the same time, knowing that our competition is the world, and not just Canada and not just the US.”

“The problem that we’re solving is that there is no category right now that I know of that’s really geared towards client-agency relationships,” said Teo. “The closest that you come to right now would be Slack, e-mail, or Dropbox; you see a lot of team-based tools. There are no tools purpose built for the client agency use case. That’s a very different relationship than a normal team member relationship, it requires clients to be involved at only the critical junctures because you don’t want the project to slow down.”

HeyOrca’s platform aims to help agencies give clients enough data so they feel like they’re part of the project, but not overwhelmed and slowed down. “Clients want to have that control but at the same time, agencies need to balance the control with the appropriate content.”

The company plans to use the funding to support additional content types as part of its product expansion, expand its presence in the US market, and grow its product and sales team. It also plans to double its headcount this year to 30.

Teo says 90 percent of its customer base is in the US, though it doesn’t have plans to open an office there. In fact, he adds that growing the company from Newfoundland has given the company “focus” as a seed stage company.

“There’s no distractions. At the same time, you know, you can get access to the any of the startup founders here. It’s not like Toronto where a lot of people want to meet up and you’re sort of competing for attention,” said Teo. “We just have to be very focused and at the same time, knowing that our competition is the world, and not just Canada and not just the US.”