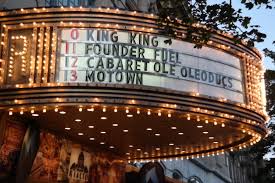 Six Canadian startups will pitch to a crowd of over 800 investors, media personnel and startup enthusiasts tonight at Teatro Rialto in Montreal’s Mile End neighbourhood. It’s all part of FounderFuel‘s ending celebration for its fifth cohort.

The event is somewhat overshadowed by the impeding departure of general manager Ian Jeffrey, who lead the program and its five cohorts since its inception three years ago. He’ll join Montreal startup PasswordBox as VP of marketing.

Nevertheless, the newest cohort accumulated some impressive wins over the past three months, including a highly successful kickstarter campaign for Vanhawks, a startup that has created a smart, connected bike.

Investors from Montreal, Silicon Valley, New York, Boston, Chicago, Toronto and more are expected to show up at 3 PM today. The event is also being live streamed here.

I asked Jeffrey what was different or unique about his last cohort of startups. He said for the first time they brought in two internet of things (IoT) companies, which was a bit of a change up from the usual ecommerce and software as a service (SaaS) startups FounderFuel likes to admit.

“It’s a different breed to have a hardware product, so that was definitely different,” he told BetaKit. “I think all these companies have done a crazy amount of work in a very little amount of time. They know exactly what they need to be doing next, they have a very clear vision as to their next milestones are and I think they’re going to do well.”

Two of the six companies already have funding committed. Vanhawks has raised over $393,000 with 18 days left in its campaign, while Kiwi Wearables, a Toronto-based startup that makes a multi-sensor, internet-connected, open wearable technology device and platform, has raised $600,000 of a projected $1 million seed round.

Vain Pursuits | http://vainpursuits.comSkincare made for you: Vain Pursuits puts the care back into skincare with data-driven personalized formulas. VanHawks | http://vanhawks.comThe Bike Of The Future: Vanhawks is fundamentally changing the cycling experience with the world’s first connected carbon fiber bike: safer, smarter and sexier.

“The FounderFuel Demo Day is celebration of the Spring 2014 accomplishments,” said Jeffrey. “But more importantly it’s a huge celebration for the entire startup ecosystem, and the scale of our event is proof that our community is alive and strong.”