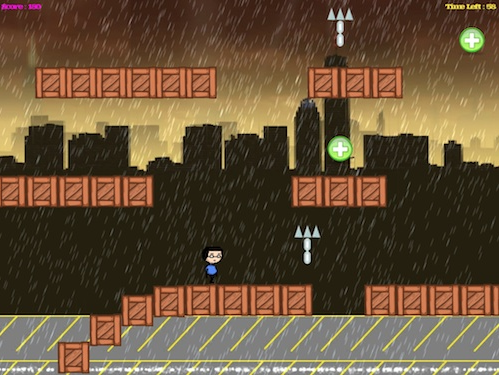 Healthy Minds Canada (HMC), a national charity that raises funds to support research and education about mental illness and addictions, has started its crowdfunding campaign on Indiegogo for a new mobile game that will attack bullying.

The mobile game will be the first in a series that tries to tackle mental health issues, most prominently bullying, where gamers can earn real-life rewards. The app is aimed at 9-16 year olds and will be designed to increase empathy in the user through a variety of scenario-based challenges that deal with bullying. Healthy Minds Canada is targeting $45,000 and so far they’ve chipped away just over $2,400.

It’s a great initiative and Healthy Minds Canada is trying to avoid being culturally stagnant in their efforts o educate young people on mental health issues. “The content of the game is being written and designed by people who have lived through experiences. It’s young people who have come through, have been bullied and are now the agents of change,” said Healthy Minds Canada’s Katie Robinette. “It’s all fun- the user might actually forget that they’re playing a game about a subject matter that is actually quite sensitive.”

HMC has hosted pan-Canada Youth Summits over the past five years and one of its key findings was that young people in Canada today are a lot more willing to discuss mental health issues like bullying. “Young people are very eager to talk about and learn about mental health issues, they all have smart phones, use them constantly, and love games. So we decided to create something that can combine a teen’s passive coping skills – such as tuning out and playing video games – with active coping skills which include learning strategies that help actively process the physical and emotional stress that is part of life.”

I offered that even when I was in high school, we weren’t exactly excited to discuss whether or not we had a mental health issues. So what’s changed?

“One of the things that we found is that young people are finding it a little bit easier to talk about it,” Robinette told BetaKit. “Most of the champions of anti bullying are youth organizations themselves, so they’re taking a real leadership role. The key for this game is not to raise empathy levels so that theres an awareness out there, but to teach coping skills and ultimately preventative skills so that youth themselves become the agents of change.”

HMC is “trying to impact their offline behaviour through an online tool.” They’re still in discussions with several partners about what the prizes are, but they’re hoping eventually there can be some sort of monetary stream coming out of it.

Usually when HMC funds projects it’s able to gather its own funds from family foundations, corporations and individual donors. Now its “turning to the crowds” as Robinette said.

Cybersecurity is not only a hot topic, but with all the recent data hacks, it’s also incredibly important. In 2016, security spending in Canada…